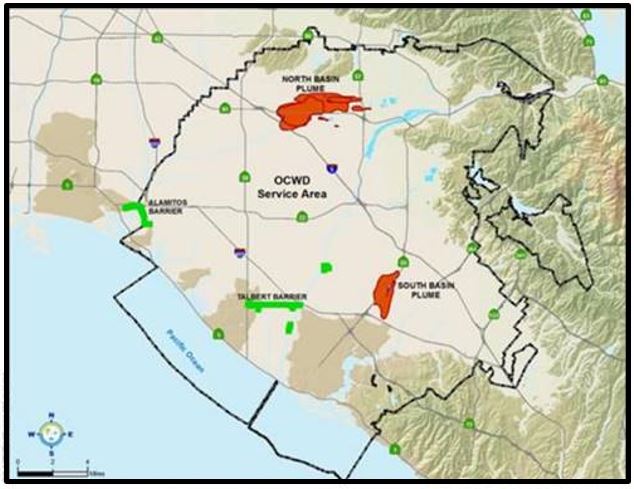 Industrial chemicals have impacted areas in the northern and southern parts of the groundwater basin; North Basin (near Fullerton, Anaheim and Placentia) and South Basin (near Santa Ana, Tustin and Irvine). OCWD is proactively seeking ways to clean up the pollution in a united effort with local and national regulatory agencies.

Below is an update on activities in and around the North and South Basin sites. OCWD will continue to update stakeholders as the need arises.