You are here: Home / GWRS / The OCWD/OC San partnership
GWRS 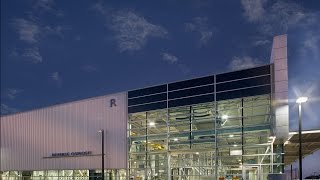 GWRS is the ultimate expression of OCWD and OC San’s long-term goal of developing a dependable water supply from a resource that formerly was wasted to the ocean.

The model public agency partnership began with Water Factory 21 (WF 21). It was a world-renowned, and first-of-its-kind, water recycling facility that helped pave the way for many international projects and ultimately the Groundwater Replenishment System (GWRS). In the mid-1990s OCWD needed to expand WF 21 and address continued problems with seawater intrusion. At the same time, OC San faced the challenge of having to build a second ocean outfall. The GWRS resolved these issues.

Both agencies shared the cost of constructing the first phase of the GWRS ($481 million US dollars). OCWD funded the initial expansion which cost $142 million. OC San supplied OCWD with stringently controlled, secondary treated wastewater at no charge. OC San also invested resources to build a pump station to maximize wastewater flows to the GWRS. OCWD in turn agreed to manage and fund the GWRS operations. Through this collaboration, the GWRS emerged as one of the most celebrated civil engineering and water reuse projects in the world.

Together, the two agencies developed and implemented an aggressive education outreach program to build upon the public’s trust and earn overwhelming support for this unprecedented water recycling project. They were also very successful in securing $92 million in state, federal and local grants to help fund the project. In addition, the GWRS also receives a $7.5 million annual subsidy for 12 years from the Metropolitan Water District of Southern California.

The cooperation between OCWD and OC San was essential in designing and building the GWRS, which ensures north and central Orange County’s water supplies remain reliable and safe. OCWD expanded the project from 70 million gallons (265,000 cubic meters) per day to 100 million gallons (379,000 cubic meters; 307 acre-feet) per day in mid-2015. The two agencies will undoubtedly continue to work together to make history in the world of water.

GWRS is a joint collaboration between OCWD and OC San.