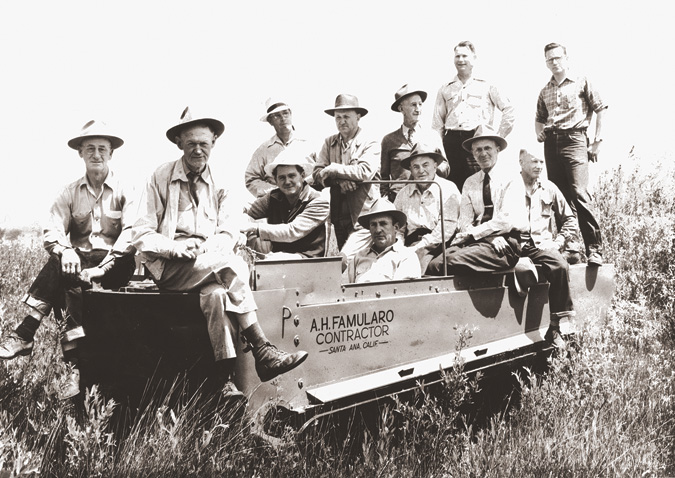 During the early 1930s, the Santa Ana Basin Water Rights Protective Association developed a series of proposals to protect the Orange County Groundwater Basin supply from outsiders and to encourage basin-wide conservation, leading to the legislation that created the Orange County Water District. In June of 1933, SB 1201 (Edwards) was signed into law. The bill, as passed, formed a district with broad powers to provide

• Management of the groundwater basin

• Conservation of the groundwater supplies, including both quantity and quality of the water

• Protection of Orange County’s water rights to the natural flows of the Santa Ana River.

The new Orange County Water District was to act as litigator for basin water rights, to import water from outside the watershed for basin replenishment and to control, conserve and reclaim flood and stormwater for beneficial use in the basin.

Those obligations remain today, 83 years later. They are the impetus for creating Water Factory 21 to prevent seawater contamination and, later, the Groundwater Replenishment System, which continues that barrier protection and provides a new source of water; for working with the U.S. Army Corps of Engineers to capture and hold stormwater behind Prado Dam to increase basin storage; to create the Mid-Basin Injection project in Santa Ana to recharge the groundwater basin in an area that has low water levels due to concentrated pumping; to find the best possible solutions for cleanup of the groundwater contamination in the north and south parts of the basin; to create incentives for its producers as a way to manage healthy basin water levels; to research alternative water sources such as local desalination; and much, much more.

The Orange County Water District provides sound planning and financial management, appropriate investments, is an environmental steward, and is transparent, above all, as a public special district—the oldest in California with groundwater management authority.

Please join us in wishing OCWD a happy 83rd birthday!