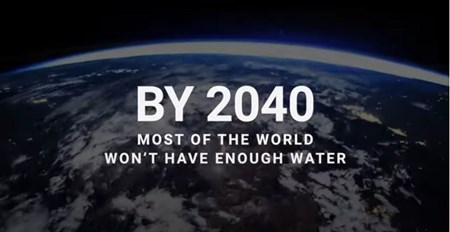 Brave Blue World, a feature length documentary narrated by actor Liam Neeson, shows a hopeful future for grand scale water fixes and notes many valid solutions that are being used today, including the Groundwater Replenishment System (GWRS), which is featured in the newly released movie now on Netflix.

Water scarcity is a global issue affecting more than 40% of the people on our planet, according to the Food and Agriculture Organization of the United Nations.

Orange County Water District Executive Director of Operations/GWRS Mehul Patel was interviewed at length about the GWRS and appears in the 50-minute documentary. “Brave Blue World covers inspiring innovations across five continents that could lead to a sustainable water future,” said Mehul Patel. “It was an honor to have the GWRS—which produces 100 million gallons per day of drinking water to supplement that found in nature—be chosen as one pioneering role model. It is especially noteworthy because we are celebrating our 12th year in operation (January 2020) and we have produced more than 300 billion gallons to date.”

Netflix subscribers are able to view the documentary in its entirety. To view the movie trailer, visit https://www.braveblue.world/. For information about the GWRS, visit /gwrs/.