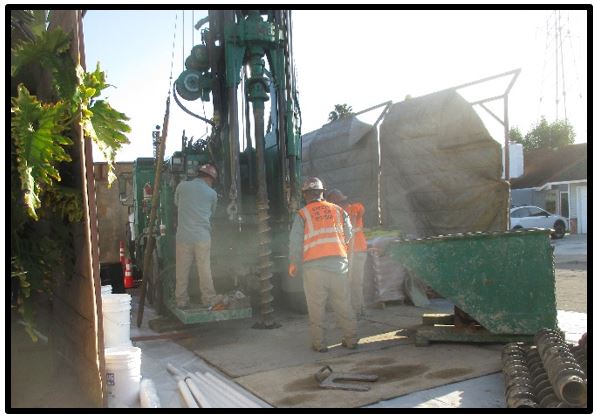 Monitoring Well M57. Construction of new monitoring well M57 on Galbar Circle in Huntington Beach has been completed. Monitoring wells measure groundwater levels and allow for the collection of water samples, which provide valuable data used to maintain a high-quality water supply for the 2.5 million people served. OCWD has more than 400 monitoring wells throughout its service area in north and central Orange County. Shown here is the drill rig used to bore the hole for the new monitoring well.

Thank you to all the nearby neighbors who were patient during the construction that took place in March and April. 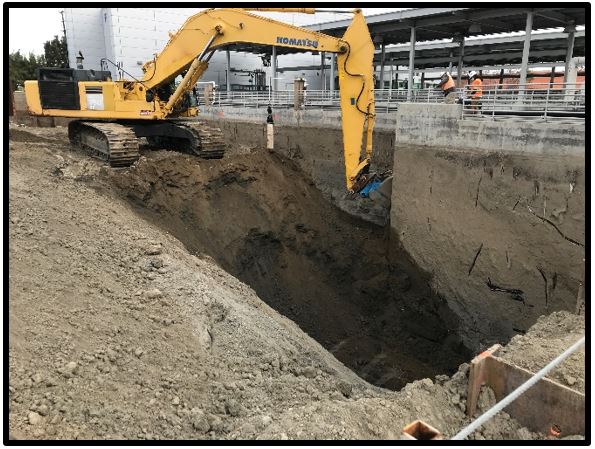 GWRS Final Expansion. The Groundwater Replenishment System, the world’s largest potable water purification system—a joint project of OCWD and the Orange County Sanitation District (OCSD)—has started its final expansion (GWRSFE). The expansion project will increase treatment capacity from 100 to 130 million gallons per day; enough water for 1 million people! Construction began in January and is expected to be complete in early 2023.

Crews are also currently constructing two large tanks with a combined capacity of six million gallons, and a new pump station at OCSD in nearby Huntington Beach to move treated wastewater from the tanks to the GWRSFE in Fountain Valley.

Seawater Intrusion Monitoring Wells. Seawater intrusion is the biggest threat to Orange County’s groundwater basin and, as such, it is a priority for OCWD to monitor and prevent this from happening.

OCWD has finalized design of a project to install five new monitoring wells: one in the city of Seal Beach on Seal Beach Blvd., and four in the City of Huntington Beach on Los Patos Avenue, Humbolt Drive, Chemical Lane and Skylab Road.

This well construction project is critical to helping OCWD understand and determine the intrusion pathways of seawater so that it can design and install future mitigation control measures to protect the Orange County Groundwater Basin. Construction activities are scheduled to begin in late fall 2020.