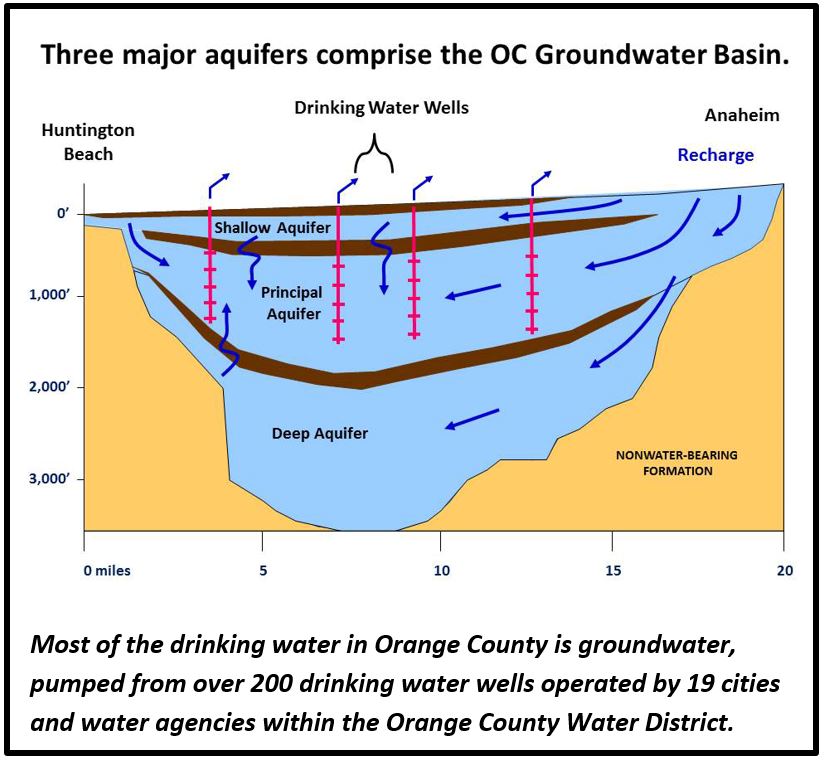 Did you know that 99% of the useable freshwater on Earth is groundwater? Did you also know that in north and central Orange County we are sitting on a vast groundwater basin that supplies 77% of our drinking water? National Groundwater Awareness Week in the U.S. is March 8-14. This is a great time to call attention to the importance of this natural resource.

First, let’s go over five national and five state facts about groundwater, according to the National Ground Water Association:

The Orange County Water District (OCWD; the District) manages the Orange County Groundwater Basin to ensure that there is ample water for the 2.5 million people that live in north and central parts of the county, and that the water is of the highest quality for drinking. Here are five additional interesting facts about your local groundwater basin:

It would be impossible for Orange County to continue its thriving economy without groundwater. That is why OCWD does everything it can to ensure high-quality groundwater is always available.

There is a new concern for groundwater basins throughout the United States, per- and polyfluoroalkyl substances, or PFAS—a family of manmade heat and water-resistant chemicals that is now being detected at very small concentrations. Always on the cutting edge, OCWD’s Philip L. Anthony Laboratory was the first public agency in California to be recognized as a testing center for PFAS, and OCWD has already launched a pilot program that will test various treatment options. Some wells have shut down as a precaution and costly imported water will be used in place of groundwater, but the District looks forward to providing an effective remedy and having the basin fully utilized again in 2-3 years. For additional PFAS information visit www.ocwd.com and search for PFOA/PFOS.

It is most important that Orange County water meets state and federal drinking guidelines. PFAS contamination is a pervasive problem, and the Orange County Water District, which has ensured high-quality drinking water for 87 years, is doing everything in its power to be a part of the solution.