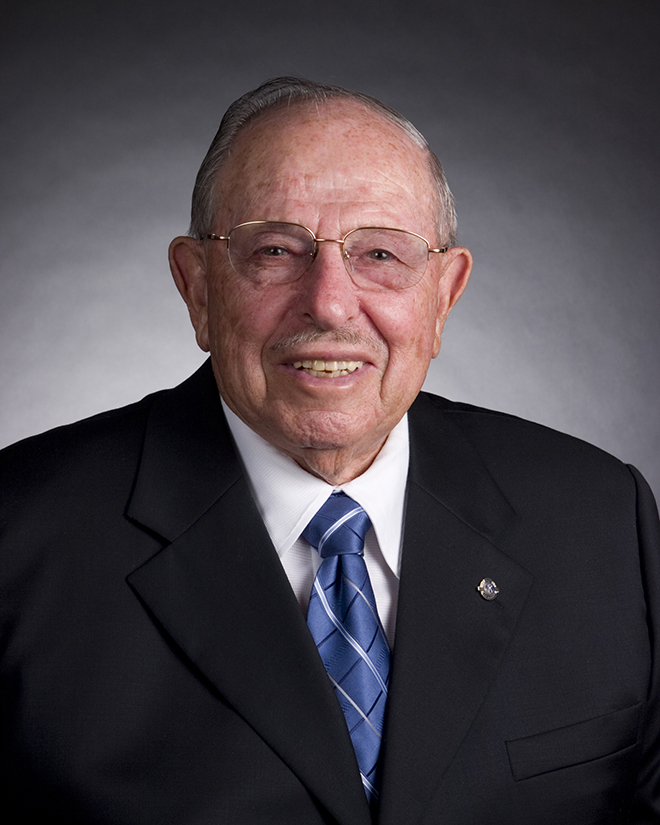 The Orange County Water District (OCWD; the District) is mourning the passing of former Director Irv Pickler who died on July 17 at the age of 98. Pickler served on the OCWD Board of Directors from 1992 through 2002 and 2007 through 2012. According to OCWD President Vicente Sarmiento, “Director Pickler proudly represented the city of Anaheim (OCWD Division 9) and performed his duties with great diligence. My fellow board members, staff and I will miss his great sense of humor and genuine enthusiasm for serving his community. His decades of public service and broad experience, resolving complex municipal and water issues within the District and the state, served OCWD well.”

Former Director Pickler was very knowledgeable about the complexities of groundwater management, creating new water supplies and sustaining local and state water supplies. His expertise was invaluable to the District. Pickler was instrumental in bringing Anaheim and OCWD together to create Anaheim Coves at Burris Basin. Without compromising water production, under Pickler’s leadership, OCWD worked diligently to come up with a way to allow its property to also serve an important need for open space and recreation in Anaheim. OCWD provided the city of Anaheim access to 14 acres of open space for Anaheim Coves and an additional six acres for the Northern Extension, which opened in June 2019, for a total of 20 acres.

As a Director, Irv Pickler also represented OCWD as its president from 1998-2000 and from 1997 to 2002 served as chairman of the Steering Committee of the Groundwater Replenishment System, the world’s largest advanced water purification facility of its kind, which now produces 100 million gallons per day of drinking water for 2.5 million people in north and central Orange County.

He served on the Anaheim City Council for more than 12 years from 1982 to 1994. As a member of the city council, Pickler was instrumental in building the Anaheim Pond, now called the Honda Center, helped oversee the expansion of the Anaheim Convention Center, spear-headed the charge to beautify Harbor Boulevard and Katella Avenue, and helped to move the Anaheim power lines underground. He served as the city’s mayor pro-tempore twice.

Pickler also courageously served his country first during the onset of World War II as a member of the U.S. Army. In 1941, after completing basic training, as well as officer training in Arkansas and Georgia, Pickler quickly earned the rank of 2nd Lieutenant. He shortly thereafter requested a transfer to the Air Force. Pickler was stationed overseas in England and became a bombardier-navigator. He went on to fly 35 missions over France and Germany with the 8th Army Air Force and earned the rank of 1st Lieutenant.

“On behalf of staff and the Board of Directors of the Orange County Water District, we extend our heartfelt sympathies to Irv’s family,” added Sarmiento. “Irv led an exemplary life, dedicated to making his community a better place by bringing together local government, community-based organizations and public agencies to maximize resources and implement much needed community projects. We will greatly miss this Orange County treasure.”