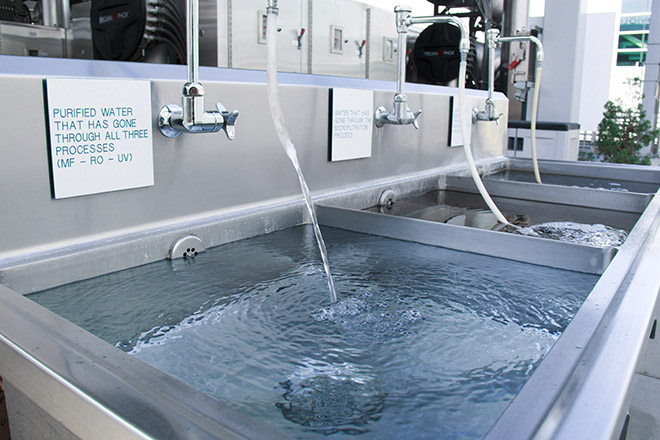 It was a risky venture for its time, but every day for 11 years the 2.5 million people in the Orange County Water District (OCWD; the District) service area have benefitted from the forward thinkers of both OCWD and its partner, the Orange County Sanitation District.

Together, they created the world’s largest advanced water purification project of its kind that now provides 100 million gallons each day of locally-controlled, reliable, quality water.

Within three years of coming online, the cost of imported water supplies became greater than GWRS water and the last of the cynics became believers.

Operational since January 2008, the Groundwater Replenishment System is the poster child for how to create an industry standard. It leads the way in water recycling. Staff share their knowledge of water reuse world-wide in a collaborative manner to assist those most in need and to spur industry discussion and cost-effective improvements.

The GWRS uses less than half the energy required to transport water from Northern California to Southern California. The energy savings is enough to power more than 21,000 homes each year.

With its three-step process of microfiltration, reverse osmosis and ultraviolet light with hydrogen peroxide, it removes harmful pharmaceuticals and hormones from drinking water and its product water is near-distilled in quality.