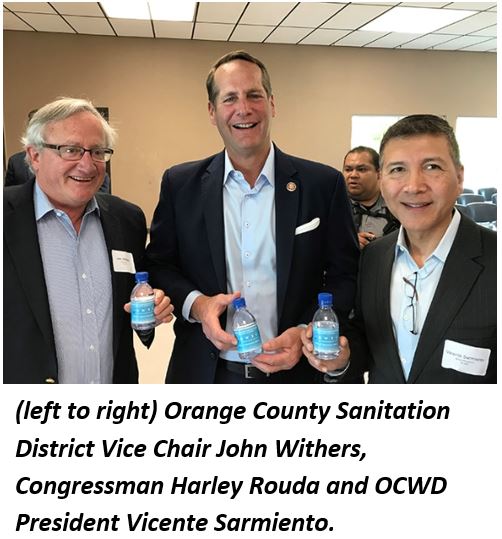 What a year it has been for the Orange County Water District (OCWD; the District)! Much of it has been spent actively engaged with federal and state regulators and elected and appointed officials on the issues of Perfluorooctanoic acid (PFOA) and perfluorooctane sulfonate (PFOS), harmful “forever” chemicals that are prevalent in the environment and were once commonly used in many consumer products. They are part of the family of per- and polyfluoroalkyl substances (PFAS), of which there are thousands. PFOA and PFOS have made their way to water sources all across America and OCWD is working with others to be sure that sound science is the basis of determining notification and response levels. We are also working with the experts to determine how best to eradicate the contaminants, or lessen their impact, in our own groundwater.

Our staff has been at the forefront of the PFAS challenges, creating a regional taskforce, hosting a congressional briefing on PFAS in Orange County and providing local data to the Environmental Protection Agency. Staff is also called upon to be key speakers on the topic and have had several engagements in the U.S. 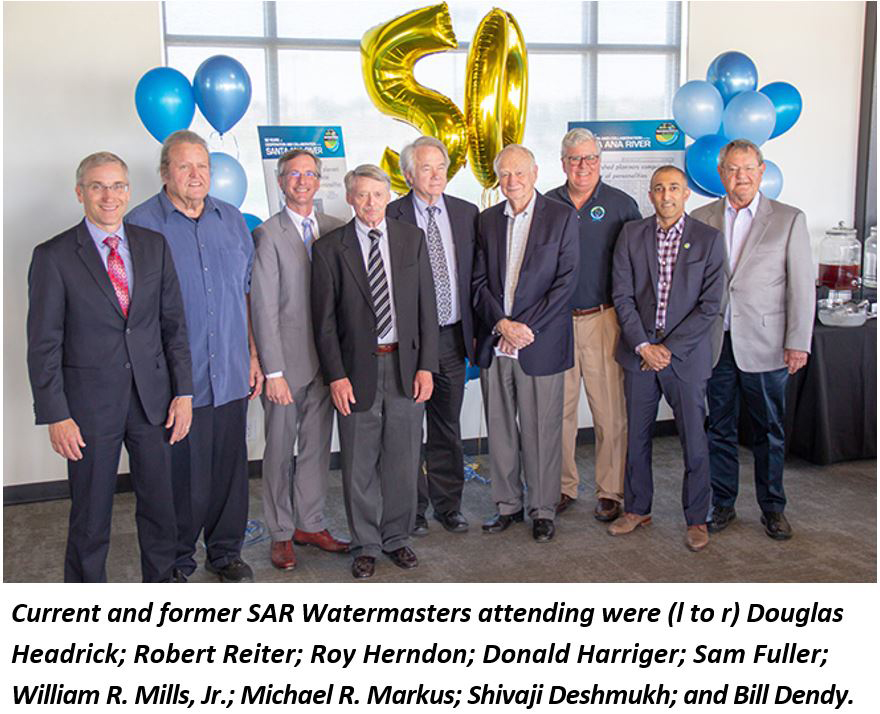 We Californians avoided a new state tax on water this past year and OCWD, along with Orange County retail agencies, provided input as to an alternative method to fund safe and affordable drinking water for all.

The District didn’t like the state tax proposal. On the other hand, OCWD applauded California’s $9.25 million investment in Atmospheric River Forecasting that could help us capture more stormwater and provide improved water supply security. If we combine atmospheric river forecasting with a new approach to reservoir operations in California, we can also optimize flows for fish populations, expand opportunities for groundwater recharges and provide additional time to prepare for flood conditions – including more advanced warning of large stream flows in burn areas. 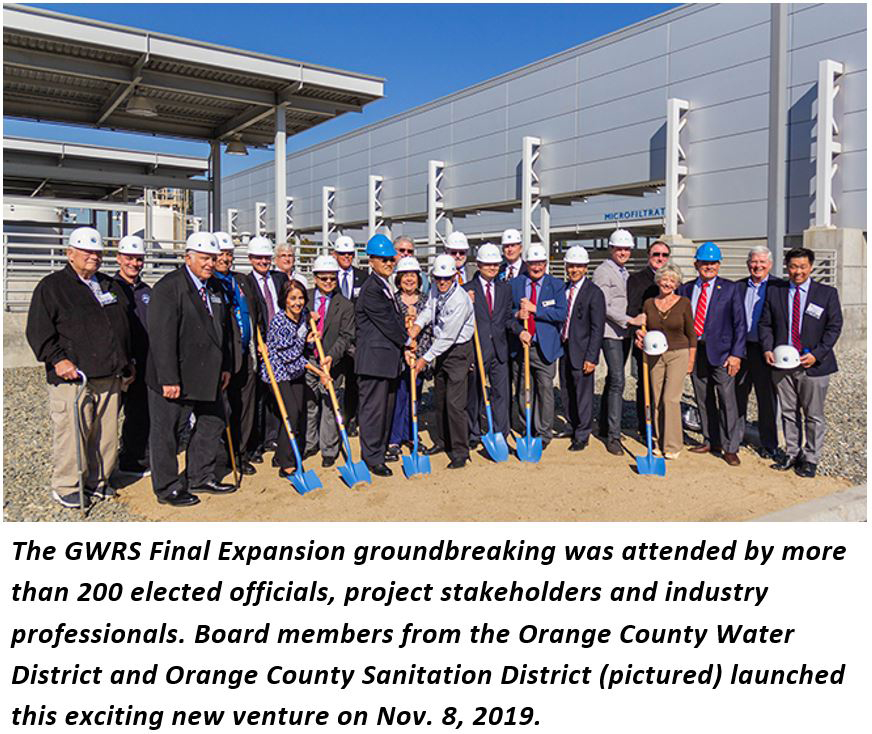 This past year, we saw our groundwater storage levels rise for a third straight year due to the Orange County Water District’s groundwater management programs and above average precipitation levels in two of those years. Even though water storage levels fell to an alarming 18% due to the severe drought of 2012 to 2016, OCWD has overall tripled the yield of the Orange County Groundwater Basin in contrast to natural basin yield. The groundwater basin is now about 75% full.

The GWRS Final Expansion groundbreaking took place in November. The overall project cost is $310 million and will create an additional 31,000 acre-feet per year (AFY) of new water supplies to serve north and central Orange County. That will bring the total production of the GWRS to 134,000 AFY, enough water for one million people. Construction is estimated to be completed in 2023.

OCWD received some remarkable recognition in 2019. Located in my own city of Santa Ana, the Mid Basin Centennial Park Injection Well Project received both the Water Treatment Project of the Year Award from the American Society of Civil Engineers—Orange County Branch and the Orange County Engineering Council Project Achievement Award. The GWRS Bottled Water Campaign received a Silver Mercury Award, shared by OCWD and the Orange County Sanitation District. The final three acknowledgements were both humbling and bolstered our spirits. OCWD was honored with the designation of Utility of the Future Today by the National Association of Clean Water Agencies, Water Environment Federation, the Water Research Foundation, and the WateReuse Association, with input from the U.S. Environmental Protection Agency. Next, we received the Association of Metropolitan Water Agencies’ 2019 Gold Award for Exceptional Utility Performance. Finally, the District received the status of Leading Utility of the World, according to the Global Water Leaders Group. Is Utility of the Universe in our future?

In 2019, we also celebrated the Philip L Anthony Laboratory 10-year anniversary and it being the first public agency laboratory in California to achieve state certification to analyze for PFAS in drinking water. Certification was granted by the Environmental Laboratory Accreditation Program administered by the State Water Resources Control Board.

This final bit of information brings us full circle back to the topic of PFAS. As our next article in this issue of Hydrospectives illustrates, we have a bright future in finding remedies for removing PFOA and PFOS from our groundwater. I foresee the new year as one of positive action for the District and I am proud to be a part of it.

On behalf of OCWD, we would like to thank our Groundwater Producers, elected officials and community stakeholders for your continued support of our efforts. We wish you and your families a safe and fulfilled holiday season.