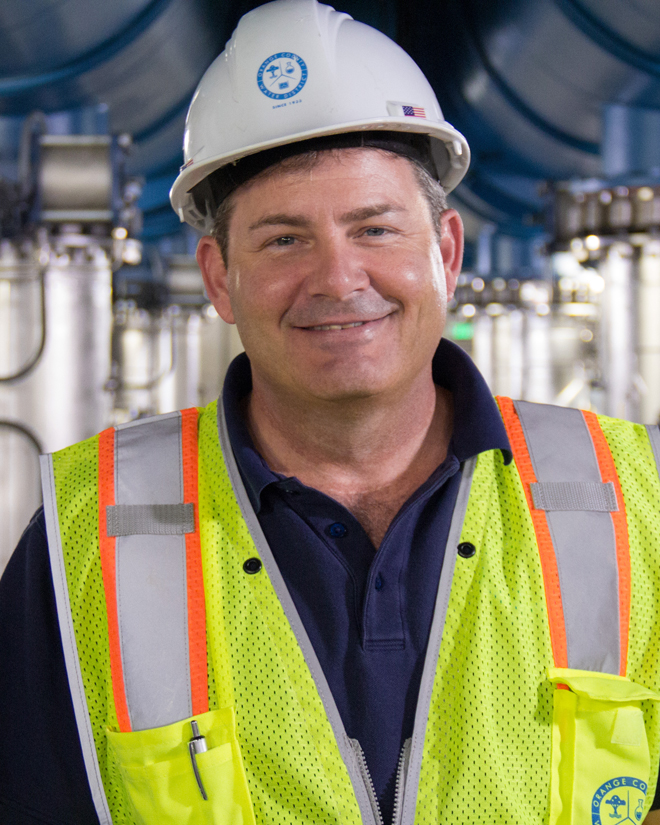 This award, given to operators who have extensive experience and have exhibited leadership in their position, was presented at the SWMOA Annual Symposium on June 26, 2018.

SWMOA considers plant operators of membrane process facilities across the Southwest United States region for this award, and the District’s Groundwater Replenishment System (GWRS) qualifies as a facility for consideration. Tyson was recognized for having more than 30 years of experience in the water industry, for his significant knowledge of membrane processes, and for his contributions to operating the world’s largest advanced water purification project for potable reuse.

Tyson has seen OCWD through several achievements in his 11 years with the District. He has led the operations group at OCWD during the entire existence of the GWRS. This group of 22 highly-trained operators includes a research operator and chemical inventory specialist. Under Tyson’s direction, the facility has had no permit violations and produces water quality that exceeds all state, federal and permit standards. During his tenure, the facility has received numerous awards for its operation including the 2016 Outstanding Membrane Plant Award from SWMOA, Membrane Facility of the Year Award in 2016 from the American Membrane Technologies Association (AMTA)/American Water Works Association (AWWA), and the Membrane Facility of the Year Award in 2012 from AMTA/AWWA. Most recently, the GWRS set the Guinness World Records™ title for the most wastewater turned into drinking water in 24 hours. 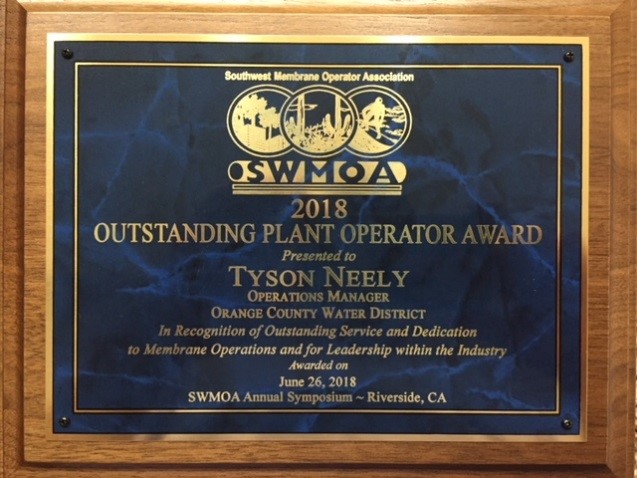 Tyson was recently appointed by the state of California to the State Water Resources Control Board’s Wastewater Operator Certification Advisory Committee for a four-year term. On the committee, he is active in helping the state develop criteria for an advanced water treatment operator certification program.

“Under Tyson’s leadership, the GWRS has run very efficiently, which has resulted in exceptional water quality, maximum output and cost savings,” stated OCWD Board President Denis Bilodeau. “Tyson is truly deserving of this honor. He has developed a vigorous program that expects the best from our plant operators and staff and is setting the industry standard for how state and federal water reuse projects should operate to ensure the highest water quality.”

Prior to his service at OCWD, Tyson worked for four years for the city of Tulsa as an inspector and supervised crews that clean, inspect and repair sewer collection systems. Previously, he worked as an operator at the Johnson County Wastewater in Kansas and the South County Regional Wastewater Authority in Gilroy, Calif. Tyson also worked for six years for the city of Chandler, Ariz., at its indirect potable reuse reverse osmosis facility. Congratulations Tyson!