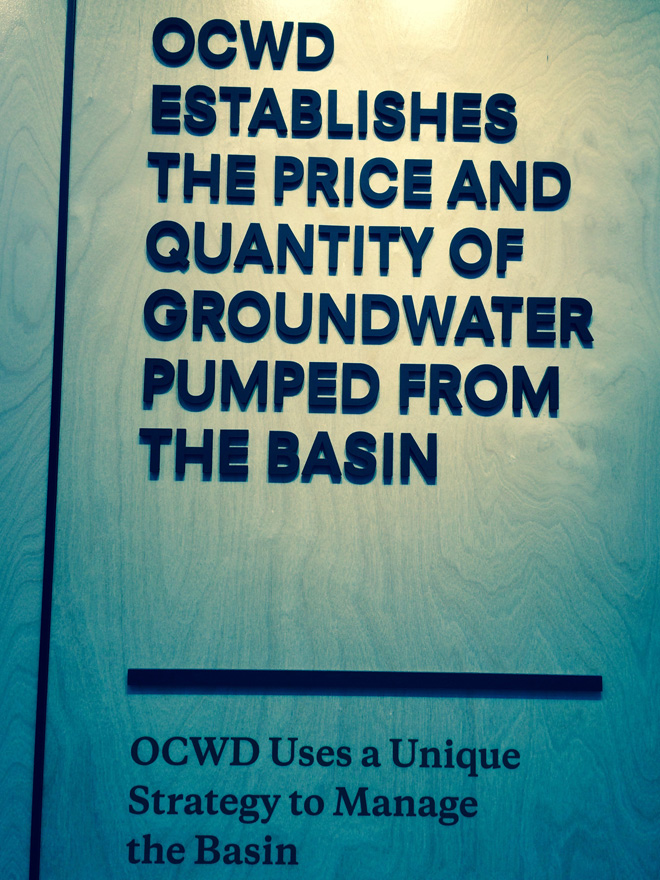 In 1933, the OCWD Act was established by the California Legislature and designates how OCWD manages the groundwater basin. Nineteen Groundwater Producers (13 cities, five retail water districts and one investor-owned water utility), with a total population of about 2.5 million, pump groundwater from the basin. As a result of amendments to the OCWD Act in 1969, OCWD exercises its groundwater management authority by annually determining the proportion of groundwater that each Groundwater Producer may pump to meet its total water needs without paying a surcharge known as the Basin Equity Assessment (BEA). This proportion, termed the Basin Production Percentage (BPP), is a formula set forth in the OCWD Act that includes, as one of its components, “supplemental sources” of water; the OCWD Act defines “supplemental sources” as sources of water outside the watershed of the Santa Ana River. Groundwater Producers that pump above the set BPP pay the Replenishment Assessment (RA) plus an additional charge, the BEA, for the amount that exceeds the BPP. In recent years, Groundwater Producers satisfy about 75% of their total water demands by pumping groundwater and meet the remaining 25% of their demands from more expensive and less reliable supplemental sources, such as imported water from Northern California or the Colorado River.

One of OCWD’s Groundwater Producers, IRWD, operates two recycled water plants within the boundaries of the Santa Ana River Watershed, and produces and distributes approximately 20,000 acre-feet per year of recycled water for non-potable uses such as park and golf course irrigation and agriculture. IRWD sued OCWD in 2016, challenging, among other claims, OCWD’s interpretation of the OCWD Act as excluding IRWD’s recycled water from the “supplemental sources” component of the BPP calculation, because IRWD’s recycled water is not a source of water outside the watershed of the Santa Ana River. After the lawsuit was filed, the city of Anaheim, East Orange County Water District, Mesa Water District, Yorba Linda Water District, and Golden State Water Company intervened in the lawsuit to join OCWD’s defense against IRWD’s claims; these Groundwater Producers alleged that they would be injured if IRWD prevailed in its claims. The lawsuit was then transferred to Los Angeles Superior Court.

“OCWD’s groundwater basin management practices protect this valuable resource for future Orange County generations and have doubled the annual amount of groundwater that can be sustainably pumped from the basin,” said OCWD President Denis Bilodeau. “We appreciate the court’s decision and our continued ability to provide reliable water to our agencies.”

OCWD has received numerous awards for its sustainable groundwater management practices and was sought by the governor of California and key water policy makers for its expertise during the drafting of the Sustainable Groundwater Management Act of 2014. This legislation established, for the first time, a framework for sustainable management of groundwater supplies in California, and OCWD played a role in its formulation and passage.