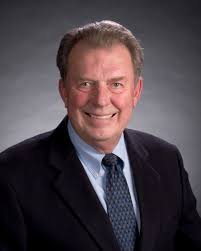 The Orange County Water District (OCWD) and the global water community is mourning the loss of OCWD’s longest-serving board member, 1st Vice President Philip L. Anthony, who passed away on July 26.

Phil was first elected to the OCWD Board of Directors in 1981 to represent division four which includes the cities of Los Alamitos and Seal Beach and parts of Buena Park, Cypress, Garden Grove, Huntington Beach, Stanton, and Westminster. During his service of nearly 37 years on the board, he helped dispel the “Toilet to Tap” myth and inspired the advancement of water reuse projects around the world. He played an important role in pioneering projects that have now become standard water industry tools to combat drought and water shortages.

Phil was a mentor to me and many other water leaders. Under his visionary leadership, OCWD doubled the sustainable yield of the Orange County Groundwater Basin. The effect of having plentiful water for residents and businesses in Orange County cannot be understated. Phil’s passing is a great loss for all of Orange County.

During the mid-1980s, Phil and his fellow board members began planning the Green Acres Project that supplied non-potable water (recycled water) for golf courses, public parks and landscaping in the cities of Fountain Valley, Santa Ana, Costa Mesa, and Newport Beach. The project, which still operates today, has saved those cities a substantial amount of money.

In the late 2000s, he led efforts to complete the Prado Wetlands expansion in Riverside County and construct the OCWD Advanced Water Quality Assurance Laboratory, which opened its doors in 2009 and earned full certification, among many other programs and projects.

One of his most significant contributions to OCWD and the water industry at large, was his unwavering support to build the Groundwater Replenishment System (GWRS), which came online in 2008. The world’s largest advanced water purification project of its kind, the GWRS takes treated wastewater and purifies it to drinking water quality. GWRS water is used to replenish the Orange County Groundwater Basin and also protect the basin from seawater intrusion. Similar projects were proposed in the 1990s in Los Angeles and San Diego but failed when opponents labeled such projects as “toilet to tap.” Phil, a chemist, saw wastewater as a resource and was confident that OCWD and the Orange County Sanitation District (OCSD), OCWD’s partner in this groundbreaking project, could safely transform this resource into a reliable water supply for the region.

Water reuse was greatly politicized in San Diego and the San Fernando Valley. Phil had great conviction that advanced water recycling had to be part of Orange County’s immediate water future. He demonstrated great political courage in rallying the OCWD and OCSD boards, local, state and federal officials and community organizations to move this controversial project forward. Outreach to educate community stakeholders about the need, safety and benefits of potable reuse began nearly 10 years before the project came online and included more than 1,200 presentations. Phil personally gave many of those presentations.

With an original production of 70 million gallons per day (MGD), the GWRS was expanded in 2015 to produce 100 MGD and in 2018, OCWD and OCSD became the first agencies in the Western Hemisphere to bottle advanced purified water to help educate policy makers, media and the public about potable reuse. In honor of the 10th Anniversary of the GWRS, OCWD captured a poignant interview with Phil and OCSD former chairman and current board member James Ferryman about how both agencies embarked on such a cutting-edge project.

Phil served as president of OCWD from 1993 through 1995 and again from 2005 through 2007. He also served as a director of the National Water Research Institute (NWRI) (1991 to 2018), commissioner of the Santa Ana Watershed Project Authority (2003 to 2018) and was formerly chair of the Association of California Water Agencies Region 10.

Phil also co-founded the Water Advisory Committee of Orange County in 1983, was a founding member of OCWD’s Groundwater Guardian Team in 1997 and served on the Santa Ana River Flood Protection Agency since 1988.

He received numerous honors for his leadership in the water industry, including the 2002 E. Benjamin Nelson Government Service Award from the Groundwater Foundation. The prestigious national award honors and recognizes an elected or appointed public official who has significantly advanced environmental and groundwater stewardship. Most recently, the California Sierra Club Political Action Committee presented him with the 2018 California Taking the Lead Political Leadership Award. The award honored four environmental heroes from both political parties who have worked and voted consistently to protect the environment in Los Angeles and Orange counties.

Environmental stewardship is something Phil strived to instill in the future generation. He once said, “Children today will play a vital role in preserving our natural resources in the future.” Phil founded the Orange County Children’s Water Education Festival in 1996. The first festival served 500 Orange County students. Today, the event, co-hosted by the Disneyland Resort and NWRI at the University of California at Irvine, has grown to serve 7,000 students annually.

“Nearly 20 years before the phrase STEM emerged onto the scene, Director Anthony saw the great need to expose students at a very young age to careers in science, engineering and technology, and to environmental issues,” stated Frank Dela Vara, Director of Environmental Affairs at the Disneyland Resort. “It was truly an honor to work with him to help inspire the next generation of water and environmental leaders.”

Earlier in his career, Phil worked in aerospace engineering and program management at Rockwell International Corp., where he received a NASA Technology Utilization Award and was granted two U.S. patents. He also authored several scientific and technical publications and was widely sought out for local, national and international speaking engagements as an expert on advanced wastewater purification for potable reuse.

Phil held a Bachelor of Science degree in chemistry and a Master of Science degree in physical chemistry. His other community service included board president of the Westminster Boys & Girls Club and board member and past chair of the Orange County Taxpayers Association. He was also a Kiwanis Club member; a board member of O.C. Gift of History; and president of Philip L. Anthony, Inc., practicing as a real estate developer and an independent public affairs and management consultant.

Phil cherished his family. He is survived by his wife Carolyn of 51 years; daughter Dionne Anthony and son Derek and his wife Sheryl of Carlsbad, CA; and, the newest addition to the family, grandson Fitz Philip Anthony born to his son Philip and longtime girlfriend Jamie Bankus of Costa Mesa, CA. Phil was preceded in death by his beloved son Gregory Anthony in 2003.

In honor of Phil, the OCWD Board of Directors has unanimously voted to rename the Advanced Water Quality Assurance Laboratory the Philip L. Anthony Water Quality Laboratory. A rededication will be scheduled in the near future.