The honor was announced at the April 13 AAEES Awards Luncheon and Conference in Washington, D.C. 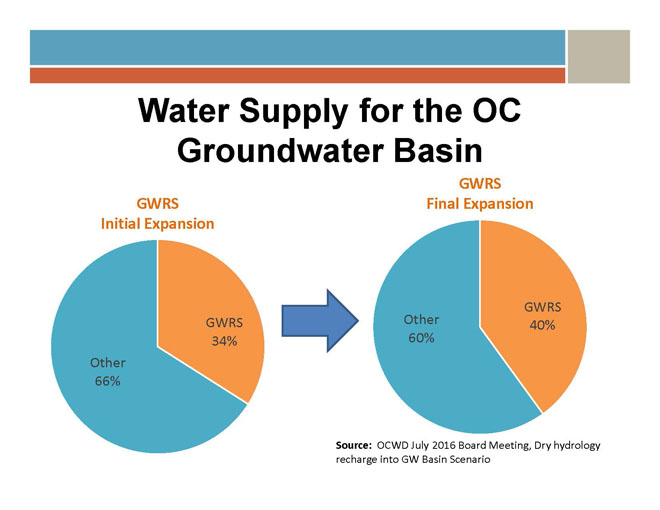 At a cost of $481 million, the GWRS came online in 2008, providing 70 million gallons per day (MGD) of advanced purified reused water. In 2015, a $140 million initial expansion increased water production to 100 MGD, enough for 850,000 people in north and central Orange County.

The $253 million final expansion will supply enough water for an additional 250,000 people and is scheduled for completion in 2022.

GWRS product water is both injected into a seawater barrier to protect the Orange County Groundwater Basin and it is the largest supply of water to replenish the basin. GWRS use of wastewater eliminates OCSD’s need for an additional ocean outfall. With the final expansion, OCSD will be able to recycle most of the 200 million gallons of wastewater generated in its service area each day.

The project brings a great deal of water reliability to the region. In addition, groundwater costs about half as much as imported water. This benefit can be passed on to member agencies and their publics.