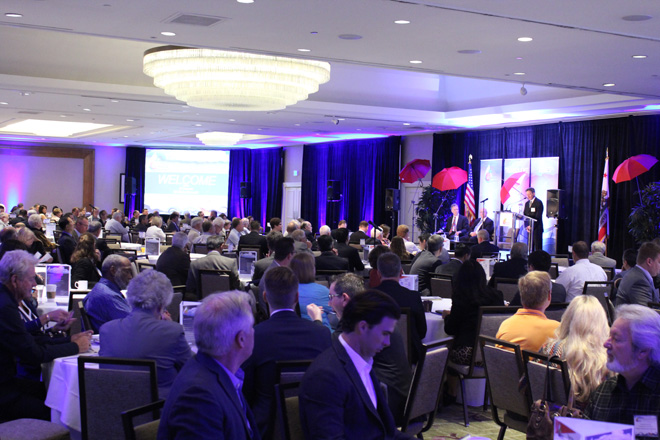 Attendees learned about the Orange County projects that will provide shelter from the storms, and lessons from businesses that are harvesting profits despite the clouds. Program topics included Orange County’s water supply portfolio, the many threats to our available water supply, water supply forecasts, adapting to a changed climate, and how water agencies can weather these threats and best serve their citizens.

During the Summit, the Wyland National Mayor’s Challenge for Water 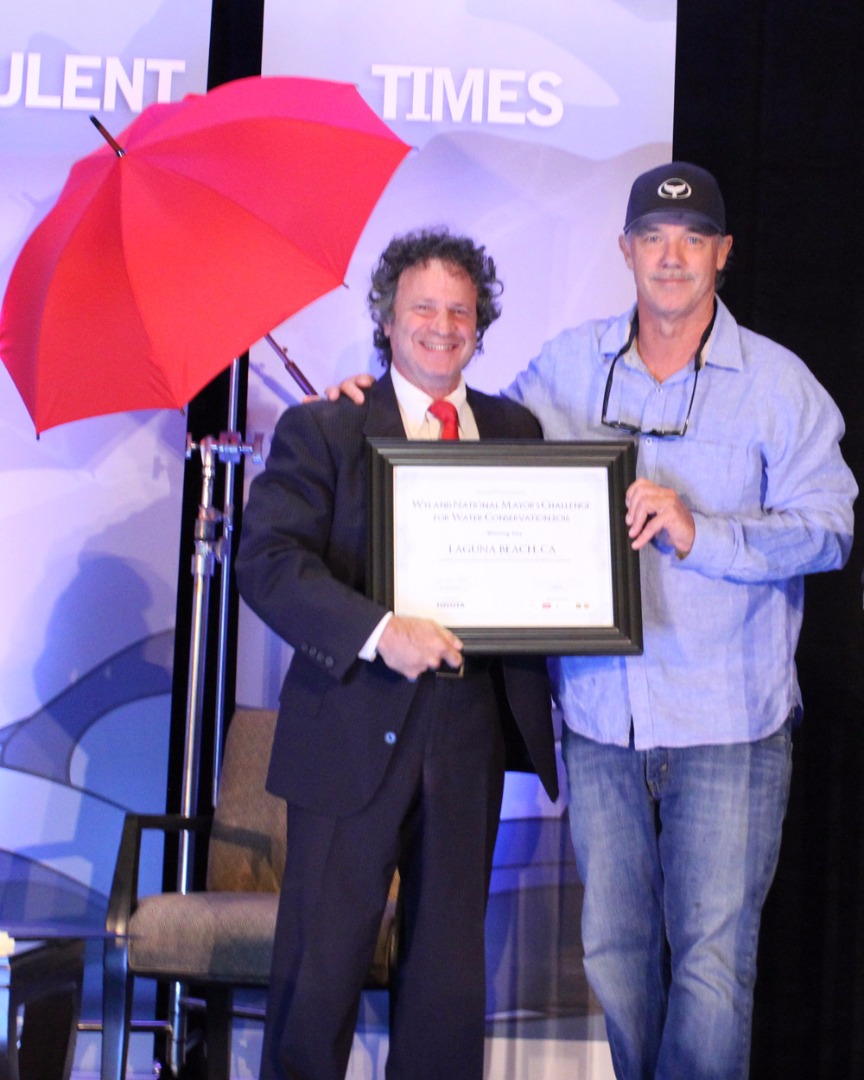 Conservation award was presented to the city of Laguna Beach. Not only did the city lead Orange County in conservation pledges from its residents, it led the nation in its population category. Mayor Steve Dicterow accepted the award from world-renowned artist Wyland.

Every year, the OC Water Summit draws prominent national and state policy makers, elected officials, scientists, financial experts and business leaders who gather to discuss the past and present of California’s water supplies and delivery systems and learn about plans to secure California’s water future.