The American Academy of Environmental Engineers and 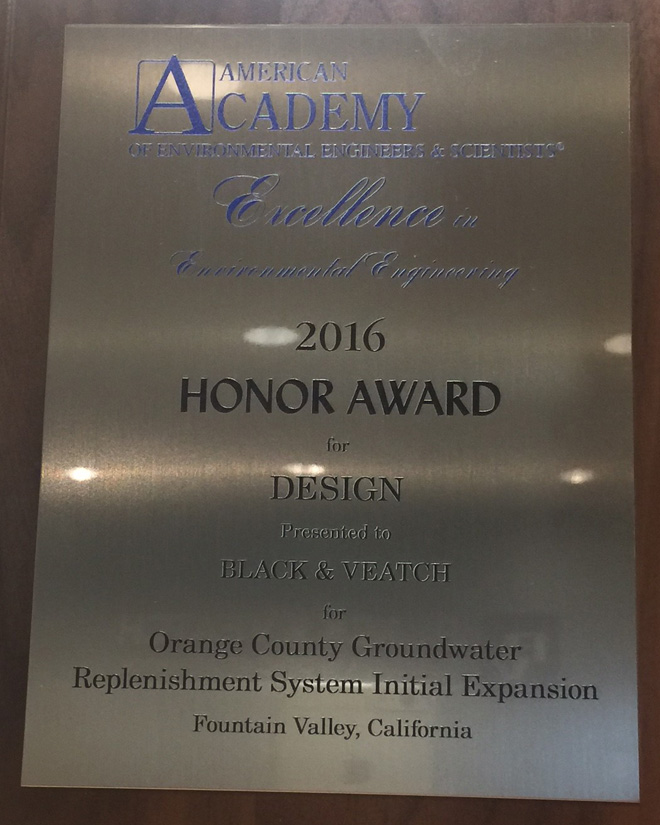 Scientists (AAEES) honored the Groundwater Replenishment System Initial Expansion with an Honor Award in the Design category. Awards were presented at the Academy’s Excellence in Environmental Engineering & Science™ (E3S) Award Ceremony and Luncheon held in Washington, DC, in April.

The Initial Expansion of the Groundwater Replenishment System (GWRS), which went online in 2015, made the world’s largest advanced water purification system for potable reuse bigger and better. The expansion featured several key developments to optimize the performance of the existing advanced water purification facility. The Initial Expansion included enhancements to the post-treatment and RO systems as well as a concept to equalize secondary effluent flow to maximize GWRS capacity. In addition, it increased output from 70 million gallons per day (mgd) to 100 mgd.