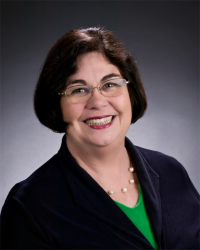 According to the U.S. Drought Monitor, California is in an exceptional drought: “Exceptional or widespread crop/pasture loss; a shortage of water in reservoirs and streams creating a water emergency.” This is the definition of “exceptional drought” by the National Oceanic and Atmospheric Administration (NOAA).

A wet winter is anticipated because of forecasts of an El Niño, which is an above normal surface temperature in the southeast Pacific. El Niño refers to the Christ child because it often occurs at Christmas or midwinter. Forecasts* through October show that the drought will not only persist, it will intensify. Despite a wet winter, there will not be enough rain to make up for the four years of drought California has sustained.

Even without a drought, California has an ever-increasing demand for water due to growth in population, agriculture and industry.

The Commission’s Independent Scientific Technical Advisory Panel has released a feasibility study of intake technologies that would minimize ocean environmental impacts. Poseidon Water is currently proposing to use and modify the existing AES intake pipeline. The panel’s conclusion was that building an alternate subsurface intake system would have significant environmental impacts due to construction and is not economically viable within a reasonable period of time.

I served as mayor of Huntington Beach when the environmental documents were certified for this project in 2010. The issue of subsurface intakes was extensively evaluated and debated over these many years. Ultimately, the City Council determined that the extensive construction schedule and beach impacts associated with building a new subsurface intake system was not something our community could support. This construction would last from 5 to 7 years and would disrupt approximately 26 acres of seafloor, significantly disturbing the marine and onshore environment around the beach, while also adversely affecting the local economy by rendering the beach unusable for residents and tourists, and increasing the site’s environmental footprint from greenhouse gas emissions.

Based on the feasibility study of the Scientific Technical Advisory Panel, Poseidon resubmitted its application to the Commission on September 1st. It proposes to reduce the daily intake of seawater that would be drawn through existing facilities at the nearby power plant from 127 to 106 million gallons per day. The 17 percent reduction in seawater intake, combined with attaching 1 millimeter screens to the existing intake should significantly minimize the overall impact to planktonic marine life. Poseidon also plans to improve its discharge system to reduce salinity impacts to the ocean.

The feasibility study can be found here.

The Orange County Water District has an ongoing commitment to provide a reliable and sustainable water supply to our local communities. OCWD is exploring ocean desalination as a way to increase local water supplies. This new source of clean water would reduce the region’s dependence on imported water sources. OCWD is committed to an open process, a thorough evaluation and assurances that a desalination plant will not cause significant environmental harm.

After a thorough citizens’ review panel process, OCWD’s board of directors voted in May to approve a term sheet with Poseidon for the possible purchase of desalinated water. The term sheet provides the basic structure for negotiations between OCWD and Poseidon to develop a final purchase agreement. Any draft agreement to purchase water from Poseidon will be thoroughly reviewed by its team of experts, and will be open for public discussion at its board meetings.

In addition, OCWD staff and directors will be making presentations throughout the district to provide updates about groundwater conditions, the final expansion of the Groundwater Replenishment System, and the Project.

The term sheet can be found here.

OCWD currently has a “Programs and Projects” section on its existing website dedicated to ocean desalination exploration. Its newly redesigned website will provide additional information about ocean desalination when it debuts in October.

The current desalination webpage can be found here.

Status of the OCWD Groundwater Basin

The basin is currently 24 percent full and has already been drawn down by 381,000 acre-feet. Through careful planning by OCWD, the groundwater basin has played a large role in keeping water supplies available and at normal levels during the past four years of drought conditions. Unfortunately if Mother Nature does not cooperate this winter, OCWD will have to consider action to reduce groundwater pumping, which could cause greater cuts in water usage by residents and businesses in the area.

I look forward to providing you additional updates of this proposed Project. If you have any questions or comments regarding the Project, please submit them to oceandesalexploration@ocwd.com