OCWD Reduces Electricity Use During Heatwaves 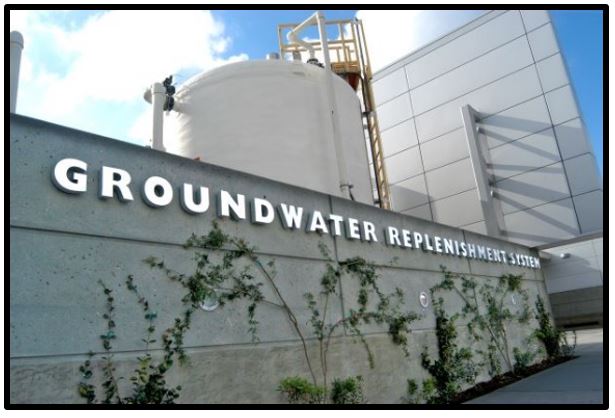 The Orange County Water District (OCWD; the District) did its part to save energy during August and September heatwaves by voluntarily reducing its electricity use. The Groundwater Replenishment System (GWRS), created by OCWD and the Orange County Sanitation District, is the world’s largest water reuse project. It is managed by OCWD. By temporarily lowering water production of the GWRS to 15 million gallons per day, OCWD reduced its daily electricity use from an average of 17 megawatts to five megawatts, saving 150 megawatts hours of power over a five-day period, Aug. 14-18, and saving 50 megawatt hours of power over a two-day period, Sept. 4 and 5.

“We’re committed to doing the right thing for the 2.5 million people in our service area and our actions often transcend water. As a member of the Orange County community we were proud to do our part to help free up much needed power for Orange County residents, and the region, during recent triple-digit temperatures,” said OCWD President Vicente Sarmiento.

On Aug. 14, the California Independent System Operator (CAISO) issued a Stage 3 System Emergency Notice after electricity reserves hit deficient levels. Also, a Stage 2 Emergency Notice was declared on September 5. CAISO manages the flow of electricity across the power lines that make up 80% of the state’s electricity grid, and it oversees the bulk electricity market generated by its member agencies, such as Southern Californian Edison (SCE).

The District belongs to SCE’s Demand Response program, which provides participants money back when they voluntarily lower their electrical usage during peak events, such as the recent heatwaves. OCWD contracts with third-party Demand Response provider Enel X, which pays the District up to $900,000 per year to reduce electricity to five megawatts within 30 minutes of notification.

From Aug. 14 -18, and again from Sept. 4-5, the District was called upon by Enel X to voluntarily shed its electrical load through official Demand Response events initiated by SCE. Demand Response outages can last up to six hours and be called up to 10 times per month.

The GWRS produces an average of 100 million gallons of pure water every day. Temporary reductions in water production, like the recent Demand Response events, do not negatively impact operations or local water availability. Since 1933, OCWD has been steadfast in its mission to provide safe and reliable water for the region.