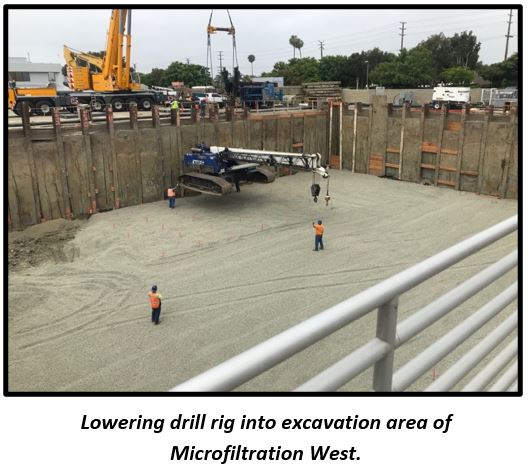 At OCWD in Fountain Valley, construction crews continue making progress on the micro-filtration (MF) facility. With so much of the facility being located approximately 30-feet below ground, the work involves extensive excavation and shoring. Shown here is a drill rig being lowered into the excavated pit. Once complete the new MF building will have 12 new concrete cells holding 684 filtration membranes. 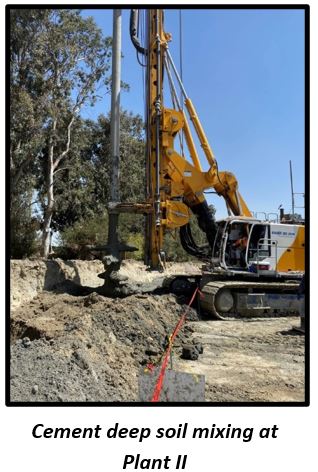 Also, at OCWD in Fountain Valley, the initial stage of expansion for the reverse osmosis (RO) building has begun as crews begin installing electrical cable. The RO expansion will take place in the original RO building, which was designed with the expansion and additional equipment in mind. Six new units, 900 pressure vessels and 9,450 membrane elements will be added to the facility.

At OCSD’s Plant II in Huntington Beach crews are currently constructing two large tanks with a combined capacity of six million gallons, and a new pump station in order to move treated wastewater from the tanks to the GWRS in Fountain Valley. The current phase includes excavating the area and deep soil mixing. Deep soil mixing involves drilling into the ground, injecting it with concrete, and then mixing it with the soil in the ground to prepare it for construction.