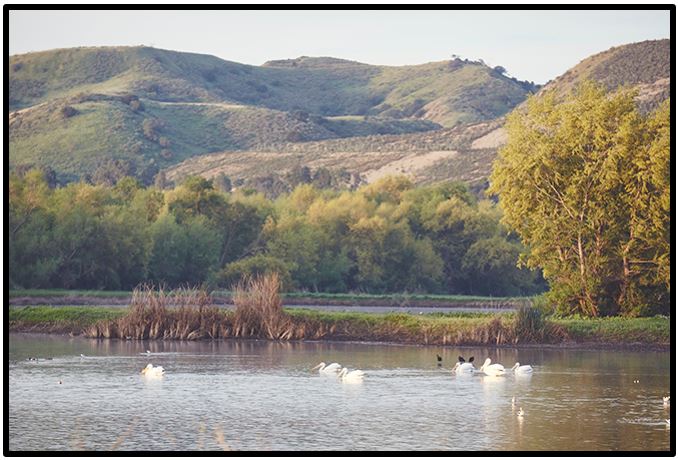 Earth Day was celebrated on April 22, 2020, without the usual fanfare and events that would gather people together in efforts showing unity to protect the environment. It was a much quieter celebration, but one just as meaningful.

Our own Orange County Water District (OCWD; the District) Director Kelly Rowe remembers the first Earth Day in 1970, when he was a high school junior and provided a presentation about air pollution in Cleveland, his former hometown.

“Cleveland got shocking news in 1969, with our local Cuyahoga River catching on fire from industrial chemicals that drain to Lake Erie. Cleveland’s air quality was also terrible and scary from all the big steel plants,” said Director Rowe. “I have always been concerned about the environment and was excited to make my first public presentation on Earth Day. We have made lots of reductions in our environmental pollution over the last 50 years and we will improve it further as we continue to work together. I am proud to be a part of OCWD, an agency that does so much to care for the environment and teach about its stewardship.”

For more than 85 years, the District has made protection of the environment a major part of its efforts. OCWD has dedicated more than 1,100 acres of land for environmental preservation and invested millions of dollars for conservation. It has the largest constructed wetlands in the western United States, 465 acres behind Prado Dam in Riverside County. One-half of Santa Ana River flows are routed through the wetlands to naturally remove nitrates and other contaminants in the water that will eventually flow to Orange County to be placed in the Orange County Groundwater Basin. There, it will be pumped out as drinking water. In addition to improving water quality, OCWD’s wetlands provide an opportunity for native habitat to thrive.

OCWD also manages and protects the Santa Ana River Watershed through wildlife management, removal of non-native invasive species like the water-guzzling giant Arundo donax, and habitat restoration for species such as the threatened least Bell’s vireo bird and Santa Ana sucker fish. The removal of Arundo donax, in particular, helps in providing a greater supply of water.

The Orange County Water District not only helps wildlife, maintains a reliable supply of water in the groundwater basin and protects water quality, it has dedicated more than 200 acres of its lands for public trails and recreation. This ensures that the public will continue to be able to enjoy open space in Orange County for years to come. OCWD is also in the forefront of providing water education programs for children.

The award-winning Children’s Water Education Festival, created and co-sponsored by OCWD, has taught third, fourth and fifth grade students from Orange County about environmental stewardship since 1997. This unique school field trip allows children to participate in a number of activities that build awareness and help instill, not only water, but a broader environmental consciousness at an early age.

OCWD’s Next Generation Water Leaders program is a two-hour program that entails a hands-on water testing activity, a presentation, a GWRS tour, and a scavenger hunt for water facts through OCWD’s H20 Learning Center exhibit.

This year’s Earth Day theme is “Climate Action.” OCWD staff has been taking action for decades. Among its many environmental programs, it has directly planted more than 10,000 riparian trees and arborescent shrubs annually since the early 1990s. OCWD also founded the Santa Ana Watershed Association that, with OCWD, is responsible for the conversion of over 8,000 acres of non-native weeds to native riparian forest through natural succession including millions of trees. District staff and partners manage the river environment in a way that allows natural processes to reclaim the watershed in the most effective and persistent manner possible.

The Groundwater Replenishment System, which came online in 2008, not only provides 100 million gallons per day of reclaimed wastewater (an otherwise wasted resource), it decreases discharge to the Pacific Ocean by the Orange County Sanitation District (OCSD) and uses far less energy than importing water from Northern California and the Colorado River. It is a joint project of OCWD and the OCSD and to date has produced more than 315 billion gallons of drinking water that is added to the groundwater basin. Its final expansion, due for completion in 2023, will produced enough water for 1 million people each day.

To learn more about how you can make an environmental difference on Earth Day and every day, visit www.earthday.org.