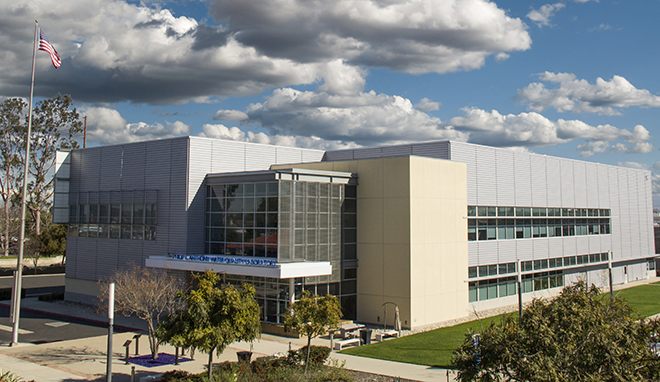 The Orange County Water District’s Philip L. Anthony Water Quality Laboratory recently celebrated its 10th anniversary and a large number of staff and board members were on hand for the festivities. OCWD President Vicente Sarmiento spoke before the enthusiastic crowd, 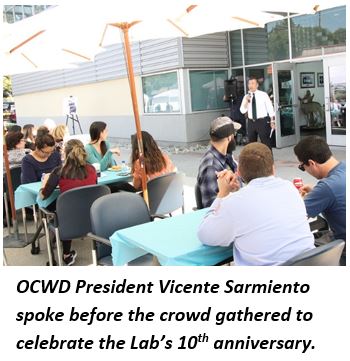 commemorating the anniversary and thanking the staff for its part in elevating the Lab’s stature to a premier facility in the water industry.

Formerly known as the Advanced Water Quality Assurance Laboratory, the Lab was renamed in 2018 to honor the District’s longest serving board member, Philip Anthony, who passed away in that year. Anthony, who had a background in chemistry, played an important role in pioneering projects that have now become standard water industry tools to combat drought and water shortages—including water reuse. 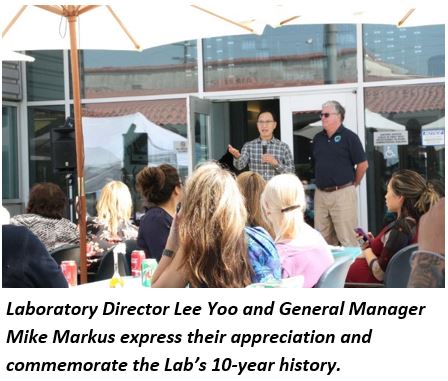 The Lab houses about 40 scientists and is certified and audited by the State Water Resources Control Board through the Environmental Laboratory Accreditation Program and the United States Environmental Protection Agency (EPA). It is also one of only four public agency labs in the nation to provide full chemical analyses using EPA 200.8, 525.3, 530, 541, 552.3 for Unregulated Contaminants Monitoring Rule 4 (UCMR4) program, which is certified by the EPA for five EPA methods that include 28 trace contaminants and constituents of emerging concern.

The District’s Lab can detect constituents down to parts per trillion. That’s like one drop in 26 Olympic-size swimming pools. In addition, it is the first public agency laboratory in California to achieve state certification to analyze for polyfluoroalkyl substances (PFAS) in drinking water.