Alternative to New Tax on Water 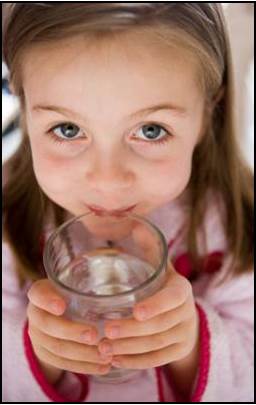 The issue of funding for safe drinking water solutions for disadvantaged communities is very active at the State Capitol. And it is the current policy of the state that every human being has the right to safe, clean, affordable, and accessible water adequate for human consumption, cooking, and sanitary purposes. For all community water systems, the operation and maintenance costs to supply, treat and distribute potable water that complies with federal and state drinking water standards on a routine and consistent basis may be significant.

Some community water systems in disadvantaged communities that do not have access to safe drinking water do not have the technical, managerial or financial capacity that is needed to comply with the federal and state drinking water standards on a routine and consistent basis.

On May 15, the California Senate proposed an alternative to a new tax on water to fund safe and affordable drinking water. The proposal was considered in the Senate Budget Subcommittee 2. The Senate proposed to not adopt the Newsom Administration’s new tax on water, but instead adopt a general fund continuous appropriation (no new fees or taxes) to be paired with Senate Bill 200 (Monning, D-Carmel) Safe and Affordable Drinking Water Fund. SB 200 creates a fund in the state treasury where moneys may be deposited and appropriated for the State Water Resources Control Board to administer for the purpose to aid in safe and affordable drinking water.

This proposal would create an ongoing funding source for costs associated with operation and maintenance of water systems that are not serving water that meets state and federal drinking water standards and would complement existing federal and state funding sources for capital costs.

The Association of California Water Agencies (ACWA) is in support of the Senate’s proposal, which specifies the following:

OCWD staff and consultants will keep you appraised of the progress of this new alternative to a tax on water.

Note 1: $150 million of general funds every year in perpetuity.