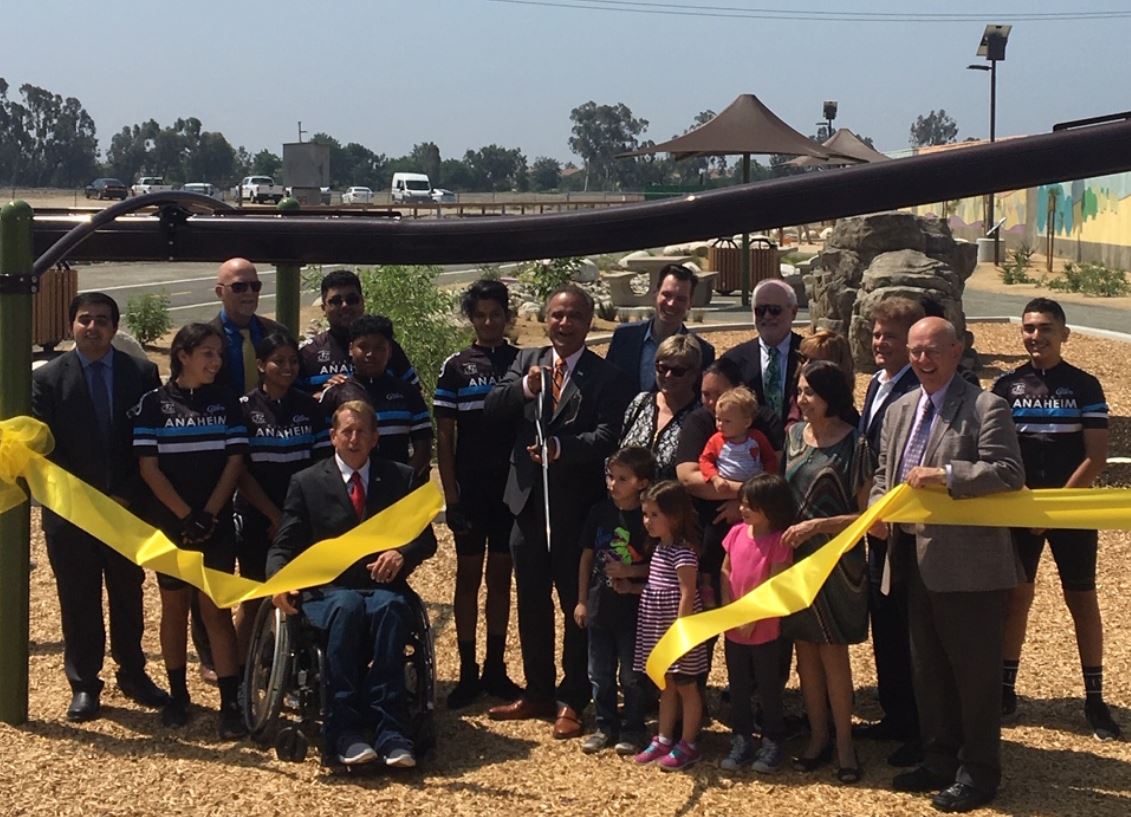 The 1-mile expansion of the Anaheim Coves trail and the new Explorer’s Cove playground enhance the nature park and enlarge it to 25 acres.

The District, Southern California Edison and the Orange County Flood Control District all approved parcels of their land to be dedicated to the expansion. OCWD was proud to provide the city of Anaheim access to 14 acres of open space for Anaheim Coves and an additional 6 acres for the Northern Expansion for a total of 20 acres.

“It is a great example of what can be accomplished when private business, local government and public agencies come together to maximize resources and implement much needed community projects,” said Director Brandman.

Without compromising water recharge, OCWD worked diligently to devise a way to allow its property to also serve an important need for open space and recreation in Anaheim.

OCWD is committed to ensuring that the public will continue to be able to enjoy open space in Orange County for years to come.