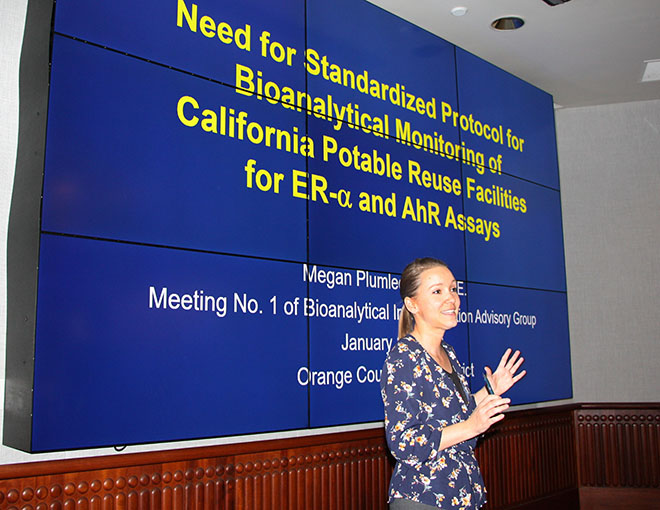 At the meeting, she provided a presentation titled “Need for Standardized Protocol for Bioanalytical Monitoring of California Potable Reuse Facilities for ER-α and AhR Assays.”

Dr. Plumlee is one of six on the BIAG committee, which was formed in response to the recently amended Recycled Water Policy (RWP) from the State Water Resources Control Board. The RWP now includes bioanalytical (bioassay) monitoring requirements for potable reuse projects like the Groundwater Replenishment System.

Bioassays are intended to measure specific bioactivity endpoints and thus respond to certain classes of chemical compounds to assess the presence of unknown chemicals.

Over the next year, the NWRI BIAG seeks to develop laboratory Standard Operating Procedures for the two specific bioassays (estrogen receptor alpha, ER-a and arylhydrocarbon receptor, AhR) required in the amended state RWP.