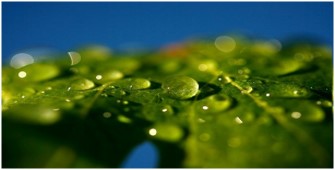 Relying on Mother Nature entirely for water reliability in Orange County is not a realistic water strategy. That is why the Orange County Water District (OCWD) has made significant investments in researching and developing cutting-edge technology, such as water reuse, to help the region weather droughts. However, on the chance that a large rain event does occur, OCWD has found a way to capture more stormwater without having to spend tens of millions of dollars in new infrastructure. The solution? Collaborating with the U.S. Army Corps of Engineers (USACE; the Corps) to conserve a larger pool of water behind Prado Dam in Riverside County.

Since 2006, OCWD and the Corps have had an agreement in place to capture stormwater behind the dam up to an elevation 498 feet above mean sea level (amsl) during the flood season, which is from October 1 to February 28, and up to elevation 505 amsl during the non-flood season. On October 4, the USACE approved a Major Deviation (MD) to the Prado Dam Water Control Manual that will now allow OCWD to conserve water up to 505 amsl year-round for the next five years. Previously, the Corps granted deviations intermittently during past flood-seasons. This historic, long-term MD could result in an additional 10,000 acre-feet (AF) (32 billion gallons) of water, per storm event, that OCWD would put back into the Orange County Groundwater Basin where it would become part of Orange County’s drinking water supply. Ten thousand AF is a year supply of water for about 80,000 people. Without the deviation, the stormwater would be lost to the Pacific Ocean and the cost to purchase the equivalent amount in imported supplies from Northern California or the Colorado River would be more than $10 million.

“The Orange County Water District has been involved with capturing and recharging stormwater into the groundwater basin since 1936 and has collaborated with the USACE for 77 years, since the construction of Prado Dam in 1941,” stated Denis Bilodeau, P.E., OCWD President. “We are extremely grateful to the Corps for working with us to provide an economical and effective solution to the region’s water challenges without compromising the safety of the dam. If there are multiple storms in a given year, this deviation will help OCWD bank a significant amount of water to help us get through future droughts.”

OCWD and the Corps are also currently working on a long-term plan called the Prado Basin Feasibility Study that, if successful, will lead to permanently changing the conservation level to 505 amsl year-round. The plan would also include additional restoration of ecosystems behind the dam, which has led to OCWD’s successful recovery of an endangered California songbird, the least Bell’s vireo. In addition, OCWD is working closely with the Corps and the Center for Western Weather and Water Extremes at Scripps Institution of Oceanography to study atmospheric rivers, which cause large rainfall events in California. This research will ultimately lead to Forecast Informed Reservoir Operations (FIRO), which is a proposed management strategy to use modern weather forecasting, runoff modeling and watershed monitoring to help water managers selectively retain or release water from reservoirs in a manner that reflects current and forecasted conditions. The ultimate goal of FIRO is to update dam water conservation and flood control guidelines to improve water management and environmental outcomes without diminishing flood risk management or dam safety.