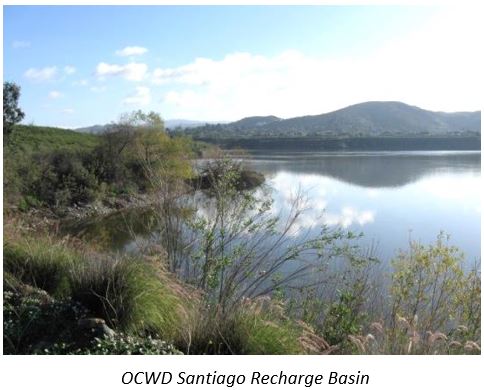 Some of the best planners I know are employed at the Orange County Water District (OCWD; the District). Staff has successfully planned to keep ocean water from contaminating our groundwater basin by creating Water Factory 21 (WF 21) in 1975. WF 21 was the first wastewater reclamation plant in the world to use reverse osmosis to treat wastewater to drinking water standards. The product water was then injected into underground aquifers, which created a hydraulic barrier preventing ocean water from polluting our groundwater basin.

This project paved the way for the new, advanced water purification facility, the Groundwater Replenishment System, which now provides 103,000 acre-feet of near-distilled quality water for the barrier and to put into the Orange County Groundwater Basin that provides 75 percent of the drinking water for the 19 agencies in the District.

That amount of water, though impressive, still isn’t enough during a drought and we must rely on imported water to keep the basin at healthy levels to provide reliable water supplies to our local residents and businesses.

I mentioned in my previous message that we had another very dry year. Yet, OCWD was able to increase storage supplies in the groundwater basin. How did that happen? By planning.

Due to the exceptional wet winter experienced in California (WY 2016-17), the Metropolitan Water District of Southern California (MWD), which provides imported water to our area, was at risk of not being able to store all of the excess water available. In the summer of 2017, OCWD approached MWD and entered into a Cyclic Storage Agreement to purchase large quantities of imported water that were available. Under the agreement, OCWD received 73,000 acre-feet of additional water this past fall and winter that was used to recharge the groundwater basin. The cost of the water was slightly over $50 million. OCWD utilized short-term low-cost debt to fund this large purchase of water to minimize the impact to water rates.

Because of this agreement, OCWD was able to increase overall water supplies in the groundwater basin this year despite it being one of the driest years on record.

OCWD’s proactive approach to managing the groundwater basin and its conservative financial practices made this agreement possible. The area is now better positioned to withstand future drought years if that is what Mother Nature has planned for us.

This was the second time OCWD has entered a cyclic agreement with MWD. Cyclic agreements provide operational flexibility to MWD during wet and dry cycles and allow “pre-delivery” of MWD water into the groundwater basin. OCWD and the Municipal Water District of Orange County, MWD’s representative in Orange County, first broached the idea of an agreement back in the 1990s and again recently. MWD now has agreements with other groundwater basins as well.