If you missed the OC Water Summit, co-presented by the Orange County Water District (OCWD) you missed some outstanding speakers with very important messages. Brenda Burman, the new commissioner for the Bureau of Reclamation (USBR), and the very first woman to hold the position, led a luncheon session about bringing water and power to the West. The USBR is the largest wholesale water provider in the nation and the second largest producer of hydroelectric power in the western United States. It has constructed more than 600 dams and reservoirs including Hoover Dam on the Colorado River. 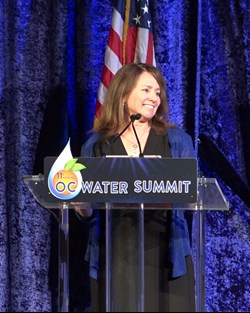 Commissioner Burman has roots in California as a native and is sensitive to our challenges. She spoke about recent wet and, now, dry water years and she had one resounding message: We need infrastructure. “The stressors we face: increasing population, listed species, aging infrastructure—there’s a tremendous amount at stake. Floods and droughts can destroy lives when we are not prepared and when we’ve not invested in our future,” she said. Commissioner Burman encouraged us to build new watershed infrastructure. “We capture water in times of plenty and we store it for when people and fish need it later,” she said.

OCWD is proud to say that it has been capturing additional stormwater behind Prado Dam with the help of the U.S. Army Corps of Engineers for decades. This water is released and then captured downstream in our recharge basins during dry times, when we need it most.

Commissioner Burman also acknowledged that there are funding opportunities to address our water challenges. Read More… 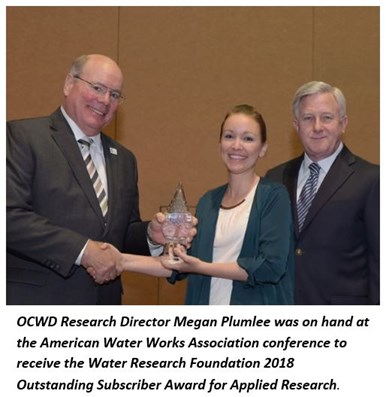 er Factory 21 became the first facility in the world to use reverse osmosis to purify wastewater to drinking water standards. Water Factory 21 was followed by the Groundwater Replenishment System, the world’s largest system for potable reuse.

“We’re very humbled to win this award. OCWD has been doing applied research since the late 1970s, and we’re very proud of that tradition. It’s helped us to refine our processes so that we can provide safe drinking water at the lowest possible cost,” said OCWD General Manager Mike Markus.

The Water Research Foundation (WRF) is the leading research organization advancing the science of all water to meet the evolving needs of its subscribers and the water sector. For additional information about WRF visit www.WaterRF.org. 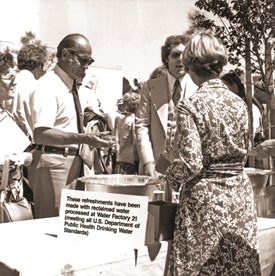 In 1933, neither the county nor local cities were able or willing to take on the formidable tasks of protecting Orange County’s rights to Santa Ana River flows and ensuring high-quality, reliable groundwater for its citizens and businesses.

Orange County farmers weren’t getting their fair share of river water as it was taken further upstream. The population was growing and there was heavier reliance on the groundwater basin. To meet these demands, the Orange County Water District, a special district, was formed and authorized by the state of California. The District is pleased to be celebrating its 85th anniversary this month and continuing to serve its communities in Orange County. Read More…

The 11th annual OC Water Summit proved magical for the 325 water industry professionals, legislative leaders, local businesspersons, and informed citizens in attendance on June 1. The conference delved into the behind-the-scenes issues and challenges of providing water to 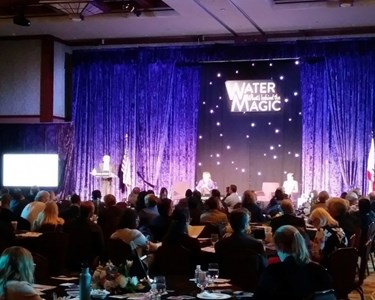 Seven conference sessions included discussion about conservation, its consequences and the controversy over permanent measures; the pros and cons of upcoming water bonds; and the challenges of bringing water and power to the West. In addition to Bureau of Reclamation Commissioner Brenda Burman, the luncheon session featured Jon Coupal, the president of the Howard Jarvis Taxpayers Association; the Honorable William W. Monning, California State Senate Majority Leader and author of SB 623; and Paul Jones, general manager of Eastern Municipal Water District who all spoke about the controversial Safe and Affordable Drinking Water Act that, if passed, would have made California the first state in the union to levy a tax on drinking water.

Session videos are available at online. Next year’s OC Water Summit is scheduled to take place on May 31, so mark your calendars! 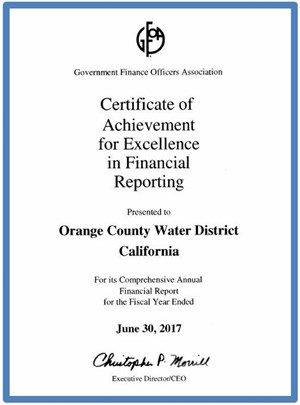 The Government Finance Officers Association (GFOA) recently recognized the Orange County Water District (OCWD; District) with a Certificate of Achievement for Excellence in Financial Reporting for fiscal year 2016-2017. The certificate, given to OCWD for 10 consecutive years, is the highest form of recognition in governmental accounting and financial reporting, and reflects the diligent work of OCWD’s finance and accounting department.

“The preparation of financial reporting accurately and in a timely manner is a complex task made possible by the combined efforts of many people at the District,” stated OCWD President Denis Bilodeau. “OCWD’s finance and accounting department staff are especially to be commended for their commitment to exceptional financial management, reporting practices and transparency.”

The GFOA, which is a nonprofit professional association serving more than 19,000 public finance officials throughout the United States and Canada, evaluates Comprehensive Annual Financial Reports (CAFR) submitted to its Certificate of Achievement for Excellence in Financial Reporting Program. Award-winning reports are those that go beyond the minimum of generally-accepted accounting principles, prove easily readable and, according to the GFOA, embody “the spirit of transparency and full disclosure.” Read More…

The Orange County Water District Board of Directors has postponed its decision of whether to go forward with updated terms for buying water from the proposed Poseidon Resources desalination plant in Huntington Beach. The vote to postpone took place at the board of directors meeting on June 6 following public comments requesting additional time. 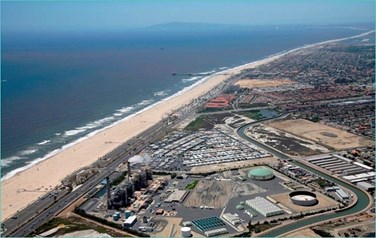 The new nonbinding term sheet, which will be considered again on July 18, revises calculations for the cost of desalinated water and shortens the contract term from 50 to no more than 35 years. OCWD also has the option to shift the responsibility of financing and building water distribution infrastructure to Poseidon, among other proposed changes.

Poseidon is in the process of garnering its final necessary contracts and permits to build the desalination plant.

OCWD is considering desalination as a part of its water portfolio to ensure reliable water supplies are always available for the 2.5 million residents it serves. 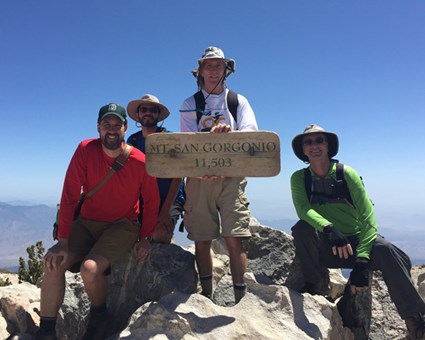 Orange County Water District employees have climbed to new heights to find water for member agencies and their communities. (Left to right) Executive Director of Water Quality and Technical Resources Jason Dadakis, Administrative Support Technician Jacob Gamez, Executive Director of Engineering and Water Resources John Kennedy, and Chief Hydrogeologist Roy Herndon held a momentous meeting atop Mt. San Gorgonio—the highest peak in Southern California and located in the Santa Ana River Watershed. Rainfall begins at the mountain top and flows through the creeks and streams to the Santa Ana River, which provides a vital supply of water for the Orange County Groundwater Basin. Their extraordinary efforts and exploration of remote reaches of the watershed are commendable! [The outing was a fun event, not sponsored by the District. Climb on, gentlemen!]

• YaleEnvironment360: Where Water is Scarce, Communities Turn to Reusing Wastewater by Jacques Leslie

• Orange County Register: Poseidon desalination plant: What to know about its pros and cons for Southern California water by Martin Wisckol 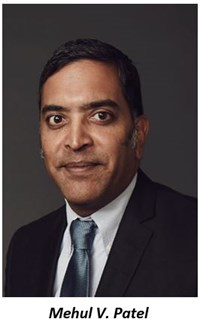 Mehul Patel has been named Executive Director of Operations/GWRS. The position was made vacant due to Bill Dunivin’s retirement. We wish Mehul much success! 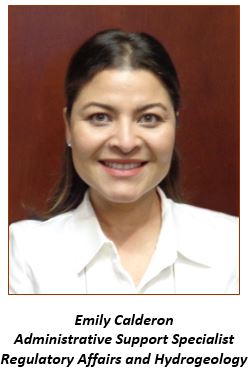 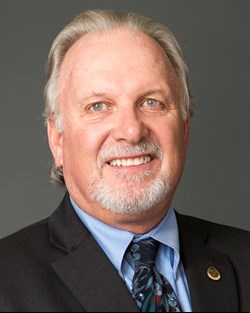 We call them Water Buffalos, an endearment for those productive “noble beasts” who have made their mark on the water industry and who have served it well for a great number of years. Bill Dunivin has earned the moniker, pioneering Water Factory 21—one of the first water recycling plants, and the Groundwater Replenishment System—the world’s largest advanced water purification project for potable reuse. He served OCWD for more than 44 years and recently retired. We are pleased to announce that he’s not going too far and will continue with the District as a limited term employee to help with the design and construction of the GWRS final expansion, due for completion in 2023. Thank you, Bill, for your devotion.

We’d like to share with you the video Water Is Life-Bill Dunivin to learn more about Bill, OCWD and their contributions to our environment.

Thank you to the nearly 500 guests who toured OCWD’s facilities in May.