President’s Message—What’s in YOUR Water? 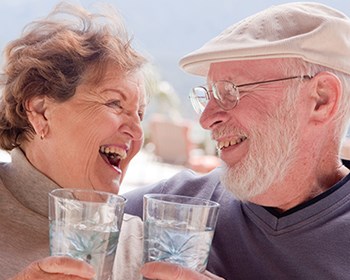 You can have confidence in local water agencies and in the high-quality of groundwater that OCWD provides to them. August is Water Quality Month. Take a few minutes to visit and read your city’s Water Quality Report, also called Consumer Confidence Reports. In the meantime, I’m going to provide you some information on the topic that might get you to trade in your bottled water for a refillable water bottle. Read More… 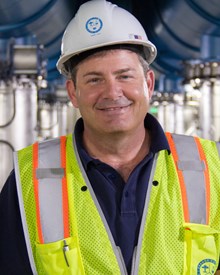 This award, given to operators who have extensive experience and have exhibited leadership in their position, was presented at the SWMOA Annual Symposium on June 26, 2018. Read More… 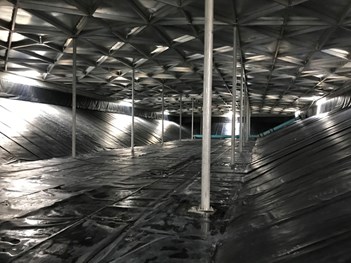 Anaheim Public Utilities has recently renovated its La Palma Water Complex in an ongoing effort to modernize the water system to provide the best quality of service to customers. Located in central La Palma, the complex is the only booster station and storage facility west of the 57 freeway. The complex is crucial to its surrounding community as it provides water supply to meet peak demand period and fire protection to fight local fires.

Interested in water and looking for a way to get more involved in the water community? The Water Advisory Committee of Orange County (WACO) holds monthly meetings on topics and presenters as diverse as atmospheric rivers by Dr. Duane Waliser of NASA/JPL; the safety of water agencies by an FBI agent and the director of UCI Cyber Security Policy and Research Institute; and federal drought relief by the Honorable Ken Calvert, U.S. House of Representatives.

On Friday, August 3 at 7:30 a.m., Paul Parreira Sr. of the Ryan Parreira Almond Company will explore the farmers’ perspectives on water and agriculture, the challenges they face and the adaptations they are making, for the next WACO meeting. More water is used for agriculture than any other human use in California and farmers play a critical role in water reliability as they depend on both surface water and groundwater. The meeting will be held in the Orange County Water District (OCWD) Boardroom, located at 18700 Ward Street in Fountain Valley, Calif.

Formed in 1983, WACO provides attendees an opportunity for professional networking and to receive informative presentations from water industry professionals, academics, economists, engineers, political officials, and others about key water issues affecting Orange County. Meetings are traditionally held the first Friday of every month from 7:30 – 9:00 a.m. in OCWD’s boardroom.

WACO meetings are open to the public and reservations are not required. For additional information, visit the WACO webpage or sign up to receive future meeting announcements. 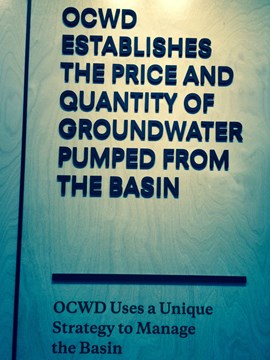 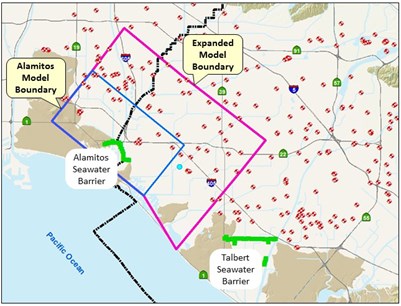 As Orange County’s population and agricultural development grew at the turn of the twentieth century and more groundwater was pumped, the Pacific Ocean itself became a real threat, seeping saltwater into the underground aquifer and contaminating shoreline wells.

In the 1960s and 1970s, OCWD constructed two underground hydraulic seawater barriers. These barriers use a series of wells that inject freshwater into the ground about 4 miles inland in the cities of Huntington Beach and Fountain Valley (Talbert Seawater Barrier) and about 2 miles inland along the border of Los Angeles County near Seal Beach (Alamitos Seawater Barrier).

If one was to look at a geological map of the Orange County coastline, there are a number of elevated mesas with gaps or lowlands in between, where seawater intrusion is most prevalent.

Despite OCWD’s successful decades-long efforts to prevent seawater intrusion, including increased numbers of injection wells, seawater intrusion has been discovered most recently in the Sunset Gap beneath the Seal Beach Naval Weapons Station. In addition, one well in the city of Huntington Beach was impacted by saltwater and was destroyed in 2015. Read More… 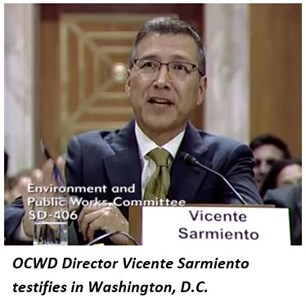 The legislative team of the Orange County Water District (OCWD; the District) was successful in gaining recognition of the value of potable reuse as the ultimate form of conservation in recently enacted conservation legislation, AB 1668 (Assemblymember Laura Friedman D-43 Burbank) and SB 606 (Senator Bob Hertzberg D-18 Van Nuys), by ensuring that water producers in OCWD’s service area would receive a 15 percent credit or what is referred to as a “bonus incentive” for the potable water produced by the Groundwater Replenishment System (GWRS). OCWD was also able to help ward off new state taxes and burdensome legislation in line with protecting the interests of the District and its water producers. The District also gained federal support for its final expansion of the Groundwater Replenishment System and the Forecast-Informed Reservoir Operation (FIRO) program in the form of federal financing. Read More…

“As the third largest wastewater treatment facility west of the Mississippi River, perfect compliance over a five-year period can be difficult. We received this award for our Reclamation Plant in Fountain Valley and Treatment Plant in Huntington Beach. Maintaining a perfect record of compliance for five years demonstrates the dedication of each of our employees to protecting public health and the environment,” stated Jim Herberg, OCSD General Manager. Read More…

A proposed tax on California’s drinking water, designed to clean up contaminated water for thousands of Californians, was abandoned by Governor Jerry Brown and the Legislature in June. This groundbreaking legislation, if passed, would have made California the first state in the nation to tax water. Many opponents felt it was a tax on a basic human right to quality, affordable and accessible water for human consumption, cooking and sanitary purposes.

In lieu of the “Safe and Affordable Drinking Water Act,” spending $23.5 million in general fund

Employee of the 2nd Quarter—Ben Smith 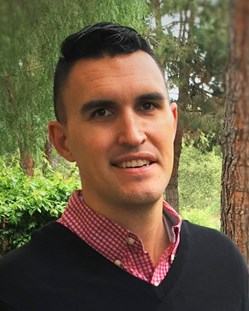 Engineer Ben Smith was recognized as Employee of the 2nd Quarter for his above and beyond project management effort on the Mid Basin Expansion – Centennial Park Project. This project is currently in construction and will be complete in the Fall of 2019.

Prior to starting construction, it took several years of coordination with the city of Santa Ana and Santa Ana Unified School District (SAUSD) to determine site use, access, improvement negotiations, development of a memorandum of understanding and agreement with Santa Ana, development of two agreements with SAUSD, and permitting with the U.S. Army Corps of Engineers and County of Orange.

Ben attends and presents updates about the project at a local stakeholders meeting every three months, has presented at five neighborhood association meetings, and has presented at four professional association meetings (American Society of Civil Engineers, Iranian American Society of Engineers and Architects, Orange County Water Association, and OCReuse). Ben has routinely performed night time inspections of the pipeline construction and well drilling not only to inspect construction work but to ensure all the requirements are being met to help minimize local neighborhood impacts. 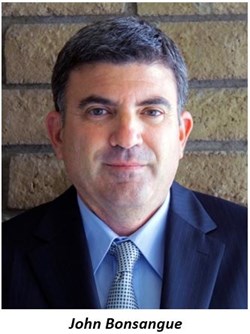 John Bonsangue has been named Director of Recharge and Wetland Operations. The position was made vacant due to Scott Nygren’s retirement.

He began his OCWD career in 2000 as a hydrogeologist. John rose to the position of principal hydrogeologist, managing OCWD’s injection recharge and distribution facilities, prior to his newest position. We wish John much success!

Thank you to the nearly 400 guests who toured OCWD’s facilities in June.