GWRS Sets New Record for Most Water Recycled in a Year 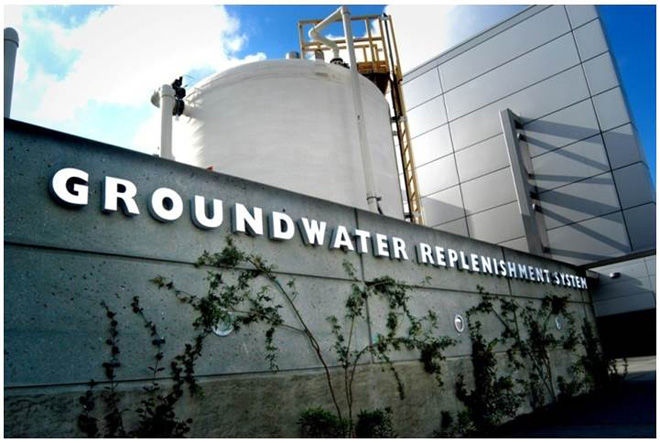 The Orange County Water District (OCWD) and Orange County Sanitation District (OCSD) achieved another important milestone with their joint-project, the Groundwater Replenishment System (GWRS). The facility produced 105,659 acre-feet of water in the 2017-2018 fiscal year, which is the largest quantity of purified water that the GWRS has ever produced in a year since the project came online in 2008. Around the world, there are facilities similar to the GWRS, but it is considered the largest of its kind.

Earlier this year, the GWRS achieved an official GUINNESS WORLD RECORDS™ title for the most wastewater recycled to drinking water in 24 hours.

“Setting new records helps bring positive attention to the reliability of recycled water,” stated OCWD Executive Director of Operations Mehul Patel. “All the water that the GWRS produces meets or exceeds drinking water standards; it’s a safe, dependable source of water that has helped our region become less susceptible to droughts. I am proud of both our agency staffs’ accomplishments and dedication to implementing efficiencies to ensure the highest quality and quantity possible. It takes both of our agencies to continue to be successful.”

The GWRS takes treated wastewater from OCSD and purifies it using a three-step advanced purification process. “We are honored to partner with OCWD in ensuring strict source control of the feed water and maximizing the treated waste flows going into the GWRS,” stated OCSD Assistant General Manager Robert Thompson. “We have made significant investments and have dedicated resources to getting as much treated wastewater possible into the GWRS.”

The project has been in operation for more than 10 years and has produced more than 258 billion gallons to date. The GWRS currently produces 100 million gallons a day of water to inject into the Orange County Groundwater Basin, managed by OCWD, to increase local drinking water supplies and to prevent seawater intrusion. Work will soon be underway to expand its capacity to produce 130 million gallons a day of purified recycled water—enough water for 1 million people. “The final expansion will allow the region to recycle 100 percent of OCSD’s reclaimable wastewater, which will be yet another first in the wastewater and water recycling industry,” added Thompson.

This increased capacity, expected to occur upon completion of the final expansion of the project in 2023, will continue the legacy of the GWRS in establishing records in advanced water purification and setting an example for communities struggling with water shortages.