Many thought we were out of drought status after California received 131 percent of average rainfall during our last rain year (October 2016 through September 2017). Unfortunately, after a fairly dry opening of Southern California’s rainy season that started December 2017 and even after a series of surprise storms at the season’s end in March 2018, rain amounts are 30-50 percent of normal. Ouch. 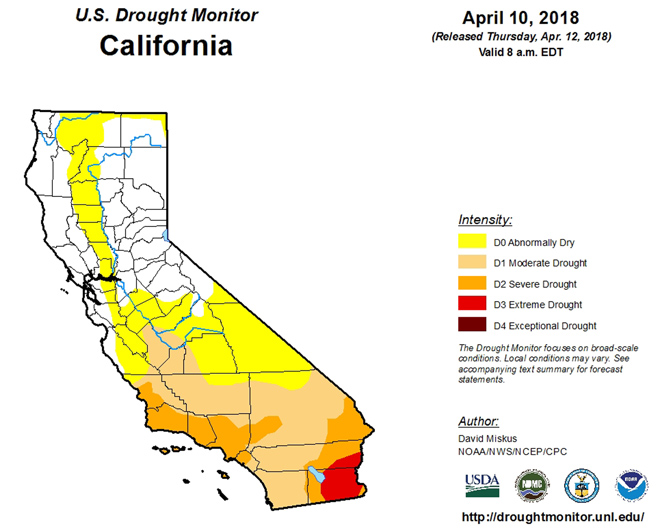 Okay, let’s get the bad news out of the way. We all knew that it would take about three years of exceptional rainy seasons to get California back to “normal.” The Orange County Groundwater Basin fared much better, for reasons I’ll get to later, and it is currently 45 percent filled. Our major source of imported water, Lake Oroville, is at 60 percent capacity. This latter piece of information could put a damper (pun intended) on the amount we can receive.

Severe and Extreme drought status has been expanded for the state. In Orange County, the northern half is experiencing severe drought and the southern portion has moderate drought status. Below-normal precipitation is most likely to continue occurring across Southern California, according to the United States Drought Monitor, for the seeable future.

Once the State Water Resources Control Board declared the drought was over last year and lifted water-use restrictions, except for washing down pavement, using hoses without shut-off valves and a few other limitations, water use climbed.

Members of the State Water Resources Control Board were to have voted in February to make water restriction mandates permanent. They would also make disobedience of the restrictions punishable by fines after the first warning. The Board delayed its decision after officials from irrigation and water agencies made some good points that the term “waste or unreasonable use” of water was ambiguous, the mandates were too rigid and inflexible in a state with different regions and needs, and by making the temporary water bans permanent, this could be the first step in weakening historic protection of water rights for landowners.

To top it off, neighbors would be encouraged and responsible for reporting water wasters while there is no plan to add more enforcement officers. 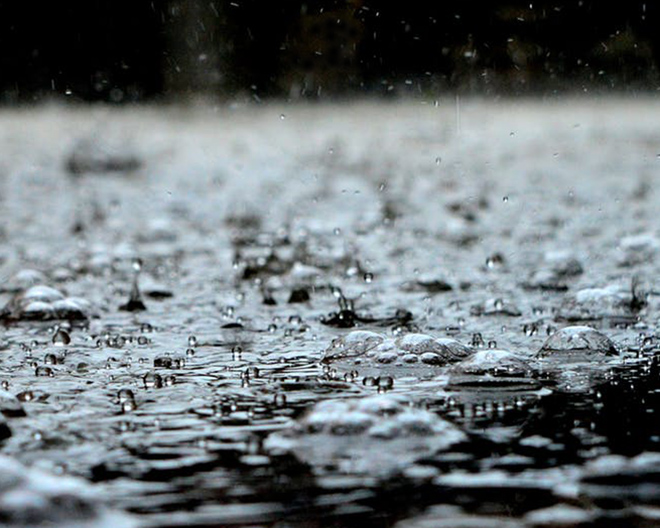 We’re dealing with a two-headed snake. We can’t continue to allow people to waste water when we know we have cyclical droughts in California. But, under the proposed law, there is no leniency when there is no water emergency.

Here in Orange County, we have developed the Groundwater Replenishment System (GWRS), the world’s largest advanced water purification system for indirect potable reuse. The GWRS produces 103,000 acre-feet per year of recycled water, which is enough water for 850,000 people, is a drought-proof sustainable water supply, and offsets water imported from the State Water Project. Our supplies are sustainable, and our service area was able to maintain its 75 percent groundwater pumping allotment, even during our severe 5-year drought.

Recycled water is the ultimate form of conservation as each drop is used more than once and should be recognized and incentivized for future project development and the expansion of existing projects.

Currently, local entities must comply with the Model Water Efficient Landscape Ordinance (MWELO) or their equally effective local landscape ordinances regarding new landscapes and irrigation standards. With the MWELO in place, recycled water will not be used in a wasteful or unreasonable way and local entities will ensure recycled water and irrigation methods are properly applied.

We encourage recycled water project development and expansion, while fully utilizing current landscape ordinances to ensure recycled water is not used in a wasteful or unreasonable way. We informed the Water Board of our concerns and justifications. At this writing, the final laws have not been put in place.

To see the most up to date regulations, I invite you to visit the State Water Resources Control Board site.

Did you think I forgot about the good news? “The Old Farmer’s Almanac” predicted scattered showers in April and more in May of this year. They tend to be 80 percent accurate, so our chances are good. Only time will tell.