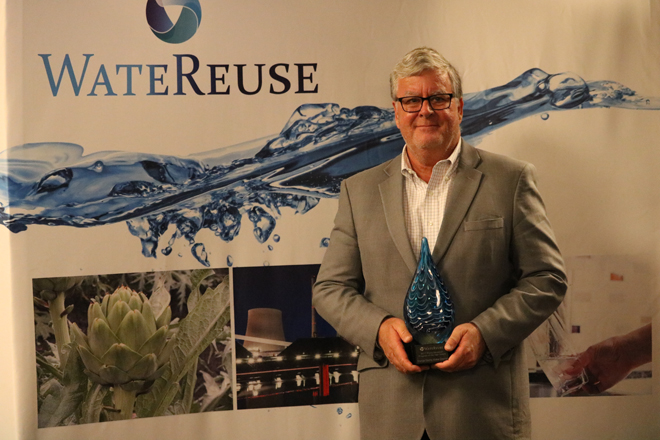 The Orange County Water District (OCWD; the District) received the WateReuse 2017 Public Education Program of the Year Award. The presentation was made during the Annual WateReuse Awards Luncheon held September 12 in conjunction with the 32nd Annual WateReuse Symposium. OCWD General Manager Mike Markus (shown in photo) received it on the District’s behalf.

“OCWD believes that its outreach should not stop just because its project [Groundwater Replenishment System (GWRS)] is online. It is committed to continue spreading the word about the many benefits of water reuse in an effort to help bring more GWRS-like projects online,” says OCWD President Denis Bilodeau.

A video highlighting some recent outreach activities may be found here. To schedule a tour or speaker presentation visit www.ocwd.com.