The Orange County Water District (OCWD; the District) actively engages on legislation by communicating the Board of Directors’ policies and positions to state and federal legislators and government officials. By working closely with these decision makers, it ensures Orange County’s water rights are protected and water reliability objectives are achieved.

The District has been closely following a number of water conservation bills that have been approved recently by the California Assembly. We are in agreement with some and others, we feel, need some additional work.

The Orange County Water District (OCWD; District) supports AB 968 (Rubio) that would establish new water efficiency targets for water suppliers in a manner that accounts for local conditions, while also recognizing and incentivizing sustainable, balanced approaches to water management, including investments in recycled water. It would also establish a collaborative stakeholder process to continue improvement in water-use efficiency beyond 2025, and would preserve the Legislature’s authority and oversight over long-term water use target setting while making water-use efficiency a way of life in California. Read More… 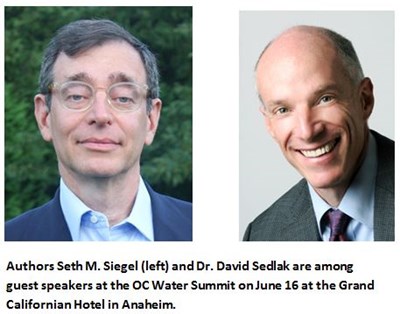 California recently faced more than five years of drought that caused serious land subsidence in the fertile Central Valley and for water storage levels in the Orange County Groundwater Basin to decline as low as 18 percent of its operating range. The drought seems to be over for now, but the next one could be just around the corner and the state isn’t yet prepared. We’re rushing to find our next “gold”–new water sources.

This year’s OC Water Summit titled “Finding Water” features a celebrated roster of water experts. NBC4 Weathercaster Fritz Coleman is master of ceremonies. The Summit will take place on Friday, June 16 from 7:30 a.m. to 1:30 p.m. at the Grand Californian Hotel in the Disneyland Resort of Anaheim. Make your reservation now. Read More…

The Orange County Water District (OCWD; the District) has received two John Muir Conservation Awards, one for Environmental Education and another for Public Agency. The awards were presented by the John Muir Association at its John Muir Birthday-Earth Day Celebration at the John Muir National Historic Site in Martinez, Calif.

The John Muir Awards help to encourage awareness, understanding and responsibility for wild places, encourage an environmental agenda—for individuals and organizations, and recognize and celebrate achievement of award recipients. Those honored have taken action for the environment, promoted a culture of environmental awareness and care and have encouraged behavior and action, attitudes and values-based learning for individuals. Read More… 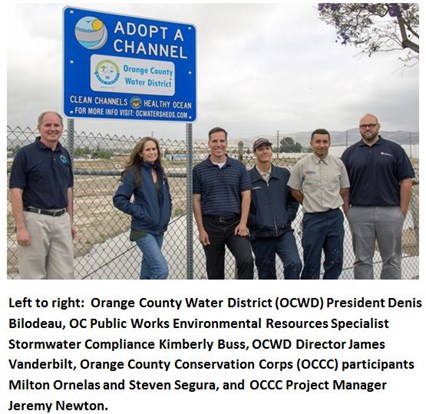 The Orange County Water District (OCWD; the District) has recently joined the County of Orange Adopt A Channel program; adopting an 8-mile section extending approximately from Imperial Highway in Anaheim to Chapman Avenue in the city of Orange.

This area consists of both a 6-mile OCWD-owned portion of the Santa Ana River channel and a 2-mile portion owned by the OC Flood Control District (OCFCD) where OCWD conducts recharge operations—infiltrating Santa Ana River water to the Orange County Groundwater Basin. The groundwater basin supplies 75 percent of the water needs for north and central Orange County. Read More…

The city of Orange has started a $3.8 million water main upgrade, replacing corroded cast iron pipes that are more than 50 years old with new PVC pipes. The PVC pipes can last far longer—for a century. They are wider and provide greater water flow, require much less maintenance and they are less likely to affect water quality.

Though water interruptions of up to four hours will be common and streets will be dug in a methodical manner during the replacement project, which will last for one year, it far outweighs the cost of time and money as old pipes burst at random, causing loss of water, possible sink holes and loss of property, and emergency repair with streets torn up during high traffic times.

Orange is one of 19 member agencies of the Orange County Water District, which supplies groundwater that makes up 75 percent of the water portfolio for 2.4 million people in north and central Orange County. The groundwater supply is made up of imported water, rainfall, storm flows and Groundwater Replenishment System water—the purest water available. The water that goes into and comes out of the groundwater basin undergoes stringent testing—400,000 tests of 20,000 samples each year—at the District’s Advanced Water Quality Assurance Laboratory. The District makes sure that its member agencies received high-quality, reliable water for pumping. The city of Orange is doing its part to make sure that water flow is available 24 hours, seven days a week for its citizens and businesses.

In April and early May, the city of Madrid in Spain hosted both a Global Water Summit and the California-Spain Water Summit, respectively. Organizers invited representatives from the Orange County Water District to speak about the Groundwater Replenishment System (GWRS) and how the District manages the Orange County Groundwater Basin, which satisfies the water needs of 2.4 million people.

OCWD General Manager Mike Markus joined esteemed guests from every continent as they each hosted focused table discussions on what is new and trending in the international water industry. Hosts represented utility, industry, finance, and technology sectors. Mike’s topic was potable reuse. In addition, the two-day event on April 24 and 25 featured work groups and presentations that explored how intelligent synergies blending finance and technology can deliver solutions for both industries and utilities, and ensure that water has its place in the vanguard of the fourth industrial revolution.

OCWD President Denis Bilodeau participated in the California-Spain Water Summit on May 5 with distinguished water experts from the golden state and representatives from the United States Department of Commerce. He gave a presentation about Orange County’s water manufacturing process and spoke about its current water sources, management of the Orange County Groundwater Basin, the GWRS and its expansion, and new sources of water. The visiting California delegation was briefed on Spain’s solutions to water challenges that include 12 desalination plants. 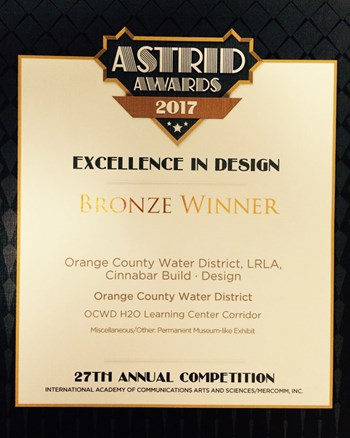 The H2O Learning Center was developed by the Orange County Water District, executed by Cinnabar Design • Build, designed by Leon Rodriguez of LRLA, and inaugurated in August of 2016. It is a permanent interactive, museum-like exhibit that is used as an extension of the Groundwater Replenishment System (GWRS) tour and as a self-guided tour. Read More… 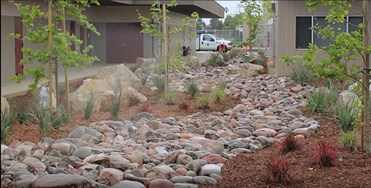 Katella High School in Anaheim recently completed an $11.4 million makeover, which includes rain gardens, water tanks and landscape featuring native plants and succulents all to better capture stormwater and reduce polluting the nearby Santa Ana River. This renovation has become part of students’ curriculum about the importance of recycling and increased awareness of water resources and sustainability.

The erosion of the Oroville emergency spillway has been highlighted in the media, but it isn’t the only California water infrastructure that is crumbling or could crumble soon. The expansive infrastructure boom of the 1950s and 1960s was largely followed by years of maintenance at best. Much of that infrastructure is past its lifespan and the population growth far exceeds demands of our current water system. The perfect storm could be right around the corner. We are living on borrowed time.

The Orange County Water District (OCWD; the District) recently adopted a resolution of support of California WaterFix to help raise the profile and level of support of the program that deals with a critical source of the District’s supplies—the State Water Project.

California WaterFix is the state’s plan to upgrade aged infrastructure and aging water delivery system and the state’s water management portfolio to secure clean water for 25 million Californians and 3 million acres of farmland. It also seeks to improve the Sacramento-San Joaquin Delta, which is relied upon by everyone from the highest point in Northern California to southernmost San Diego for water. Read More…

As a responsible steward of the Orange County Groundwater Basin, the Orange County Water District (OCWD; District) continually researches the feasibility of developing new water sources to keep the water supply of a growing population reliable, especially during cyclical California droughts. Below is an update of the proposed Poseidon Resources desalination project in Huntington Beach. 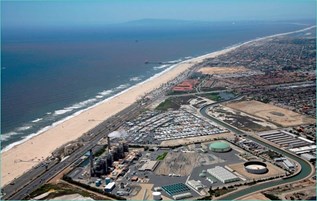 Poseidon Resources continues to work toward obtaining the necessary permits for the proposed Huntington Beach Ocean Desalination Project. Poseidon is currently working with the California State Lands Commission to renew and modify its previously issued permit. This permit needs to be modified to account for improvements that have occurred with the projects intake and outfall systems. The State Lands Commission is planning to consider issuance of the new permit in August. A supplemental environmental impact report is also being prepared by the State Lands Commission to evaluate any new environmental issues from the intake and outfall modifications. Read More…

As part of its standard to forge and maintain long-term, positive and proactive relationships with members of the local community and greater water industry and to be transparent about its operations and programs, OCWD board members and staff speak regularly before groups and at events. We participated in the following during April:

Thank you to the more than 600 guests who toured OCWD’s facilities in April: