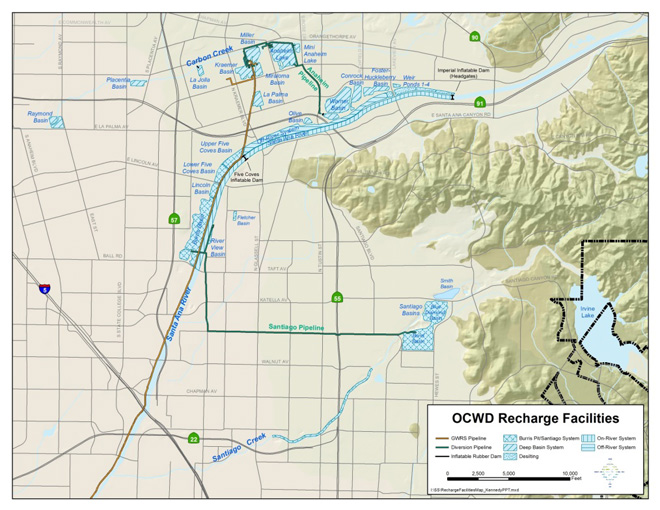 On a daily basis, the Orange County Water District (OCWD; the District) replaces water that is pumped from the Orange County Groundwater Basin through a complex system of surface water recharge basins that look much like large ponds or lakes. The recharge system covers over 1,500 acres in the cities of Orange and Anaheim, which have favorable geologic conditions, particularly large quantities of sand and gravel, that allow for efficient percolation of water into the underlying aquifer.

During periods of heavy rainfall, high volumes of storm flow in the Santa Ana River may exceed OCWD’s recharge capacity and discharge to the Pacific Ocean. One of the key challenges to capturing and recharging storm flows is clogging of the recharge system. Storm flows tend to contain high concentrations of suspended solids, such as clay, silt and algal debris. These solids are effective in clogging the permeable sands and gravels that underlie the recharge system. When a basin becomes clogged, it must be taken out of service, drained, dried and then cleaned, which entails removing the clogging layer from the bottom and sides of the basin. Anytime a basin is clogged or removed from service, the District’s ability to capture storm flow is decreased. 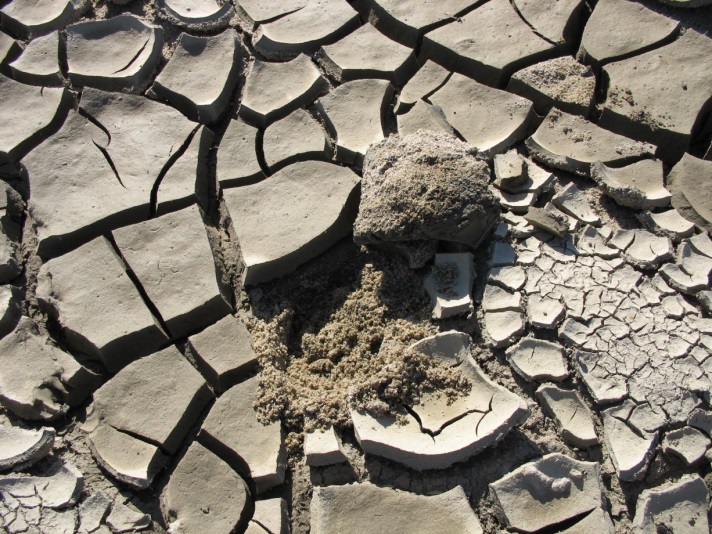 In order to increase system capacity, OCWD is testing an innovative filtration method to reduce the concentration of suspended solids reaching the recharge system. The Riverbed Filtration System (RFS) takes advantage of the natural filtration that occurs in the sediments below a river channel. The RFS is comprised of a series of perforated pipes buried approximately 3 feet below the bottom of a river channel. Surface water infiltrates through the sediment and is collected by the pipe network and conveyed to Olive Basin, which is a small, 6-acre basin that is dedicated to receiving this filtered water.

Initial results show that the RFS is highly effective in removing suspended solids and is able to sustain elevated recharge rates in Olive Basin. Testing done so far shows that the RFS removes an average of 97 percent of total suspended solids, producing water that contains virtually no suspended solids. This filtered water has also greatly increased the ability of Olive Basin to recharge more water. With unfiltered river water, Olive Basin would rapidly clog and need to be cleaned after only 2 to 3 months of service. With RFS water, Olive Basin operated for more than a year before seeing any significant clogging.

The next step is to assess whether or not it is cost-effective to construct a large RFS in the main Santa Ana River that could be used to pre-filter all the water diverted from the Santa Ana River.