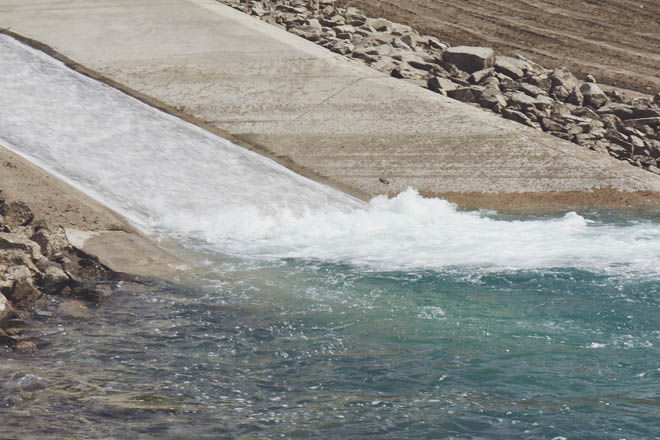 A joint project of the Orange County Water District (OCWD) and the Orange County Sanitation District (OCSD), the GWRS had an initial production capacity of 70 million gallons of water a day (MGD) and was expanded last year to produce an additional 30 MGD. This made the world’s largest project of its kind even bigger and the districts are not stopping here. Plans for a final expansion of the GWRS are underway and pending board approval.

“Planning for the GWRS began in the mid‐1990s,” said OCWD President Cathy Green. “We were really ahead of the game on this one and the region has realized the projects benefits as California continues to endure cyclical and prolonged droughts and water supply challenges. The GWRS offers a local solution to increase water supply and currently accounts for one‐third of the water that OCWD puts into the groundwater basin it manages that provides water for 2.4 million people. This project is a major part of our water supply portfolio and we will continue to evaluate all viable possibilities for alternative supplies,” she added.

“OCSD’s partnership with the water district is quite remarkable—it’s an example of public agencies working together for the benefit of the constituents we serve,” said OCSD Board Chair John Nielsen. “Through this partnership we are progressively moving closer to OCSD’s goal of 100 percent recycling. Demonstrating our commitment to maximizing every drop of reclaimable water, we just completed a joint $2 million engineering feasibility study that supports the final expansion of the GWRS. Ultimate capacity for the expansion is projected at 130 MGD after infrastructure is built to increase wastewater flows from OCSD to the GWRS,” he added.

Since the project’s inception, more than 32,000 people have visited the GWRS to learn how water reuse can be part of the solution to water reliability and how projects like this can be implemented in their community as well. There is no one‐size‐fits‐all approach to capturing – or “reclaiming” – previously used water and treating it for another use. There are many different scientifically proven processes and options in use by communities today to diversify their local water supply portfolios and meet needs. Consumers can be assured that water reuse involves extensive cleaning, rigorous monitoring and testing, is good for the environment, and is scientifically proven to be safe.

The GWRS takes treated wastewater and purifies it through a three‐step process consisting of microfiltration, reverse osmosis and ultraviolet light with hydrogen peroxide. The end result is 100 million gallons a day of ultra‐pure water that meets or exceeds state and federal drinking water standards. A portion of this water is injected into a seawater barrier with the remainder being pumped to OCWD’s recharge basins where it percolates into the Orange County Groundwater Basin and becomes a primary source of drinking water.

“The GWRS is a model example of how to reuse a valuable resource to diversify local water supplies and secure long term water resilience,” said State Water Board Chair Felicia Marcus. “I hope to see more projects like this implemented throughout California because the potential is tremendous. Water reuse projects are an essential component of a more sustainable water management strategy,” she added.