The Orange County Water District (OCWD) operates a complex system of more than 25 recharge facilities so it can continue to provide a reliable water supply for the 2.4 million people it serves. 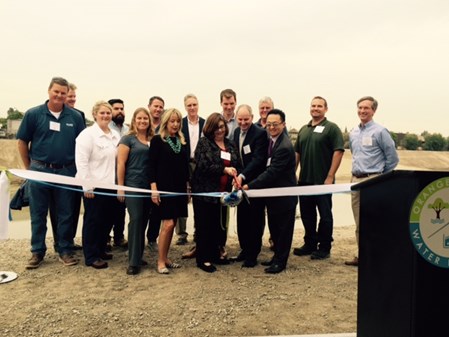 Fletcher Basin, the 4.8 acre project site located near Fletcher Avenue and Batavia Street in the city of Orange, was formerly used to retard stormwater flow prior to discharge into the Santa Ana River. OCWD manages the Orange County Groundwater Basin and uses a series of basins in Anaheim and Orange, including the new Fletcher Basin, to replenish groundwater supplies. It is extremely cost beneficial to construct and maintain a means of capturing rainwater while gaining more control of our local water reliability.

The project scope involved modifications to a flood control facility owned by the OCFCD. The project, designed by Black & Veatch, included modifications to convert this basin into a joint water conservation and flood control facility. These modifications included excavation and disposal of existing soils, backfilling the basin with clean sand, and construction of a water supply pipeline and sump pump. The total cost of the project was $5.6 million. A $2.5 million grant was secured from the Orange County Transportation Authority (OCTA) Measure M2, which subsidized the cost to $3.1 million.

OCWD and the OCFCD collaborated with Orange County Waste and Recycling and determined that the excavated materials to construct a recharge basin could be transported to the Olinda Alpha Landfill to be used as daily soil cover which is important for landfill operations. This project is a shining example of how multiple agencies can work closely together to maximize resources to create multiple and impactful benefits for the region.

Fletcher Basin is conservatively estimated to recharge more than 400 acre-feet of water into the groundwater basin annually. The cost of local groundwater is $402 per acre-foot compared to $1,022 for treated imported water. Over time, the savings of recharging water at Fletcher Basin will be significant for the region.