Between June 2015 and March 2016, Californians reduced water use by 23.9 percent compared with the same months in 2013 — saving enough water to provide 6.5 million Californians with water for one year, according to the Office of Governor Edmund G. Brown Jr.

The severity of the drought has lessened in some parts of California. The Sierras in Northern California reported snowfall in late May. But we all know the drought is not over, especially in Southern California, and it is expected that droughts will be more frequent with lengthy periods of limited supply. Even as California’s surface lakes and underground basins begin to replenish with flows from Northern California’s winter storms, major watersheds are extremely strained and less reliable, water supplies are still scarce, seawater intrusion is becoming a greater problem in the Delta, and groundwater basins remain over-stressed. We know we will continue to feel the drought’s effects for years to come.

That is why early in May, Governor Brown issued an executive order to establish longer-term water conservation measures. These measures include permanent monthly water use reporting, new permanent water use standards and bans on practices that are clearly wasteful such as hosing off hard surfaces like sidewalks and driveways. Read More… 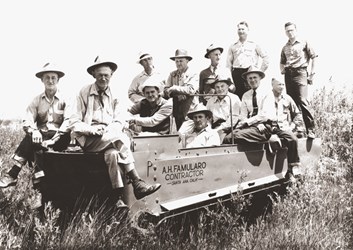 During the early 1930s, the Santa Ana Basin Water Rights Protective Association developed a series of proposals to protect the Orange County Groundwater Basin supply from outsiders and to encourage basin-wide conservation, leading to the legislation that created the Orange County Water District. In June of 1933, SB 1201 (Edwards) was signed into law. The bill, as passed, formed a district with broad powers to provide

The new Orange County Water District was to act as litigator for basin water rights, to import water from outside the watershed for basin replenishment and to control, conserve and reclaim flood and stormwater for beneficial use in the basin. Read More…

OCWD’s research and development department was awarded a research grant from the Water Environment & Reuse Foundation (WE&RF) for a successful proposal entitled “Evaluating Post Treatment Challenges for Potable Reuse Applications.” The project team will include Trussell Technologies, Stanford University, and a number of water agencies who will serve as participating utilities. The total grant funding from WE&RF with significant contributions from the participating utilities is $230,000.

The objective of the research study will be to evaluate and make recommendations for improving post treatment water stabilization for potable reuse, which refers to the last step of the advanced water treatment train in which the water pH is adjusted and chemicals such as lime are added to stabilize the water. At the GWRS, this is the decarbonation and lime addition step that follows the microfiltration-reverse osmosis-ultraviolet / advanced oxidation process train. This last treatment step is critical for agencies like OCWD that employ advanced water treatment to reclaim what was once municipal wastewater for groundwater recharge and injection (potable reuse). Read More… 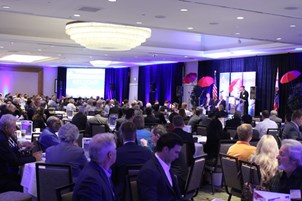 Attendees learned about the Orange County projects that will provide shelter from the storms, and lessons from businesses that are harvesting profits despite the clouds. 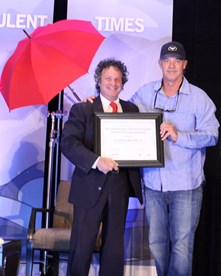 Program topics included Orange County’s water supply portfolio, the many threats to our available water supply, water supply forecasts, adapting to a changed climate, and how water agencies can weather these threats and best serve their citizens. Read More…

The Mesa Water District will hold a series of panel discussions to discuss current water and government issues, as well as local, regional and state trends. 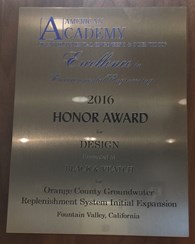 The American Academy of Environmental Engineers and Scientists (AAEES) honored the Groundwater Replenishment System Initial Expansion with an Honor Award in the Design category. Awards were presented at the Academy’s Excellence in Environmental Engineering & Science™ (E3S) Award Ceremony and Luncheon held in Washington, DC, in April. 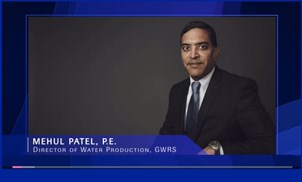 Deep Dive in Shallow Waters—Ahead of the Curve Series + Video is the result of the Cowen Insight U.S. municipalities water spending survey, takeaways from the Global Water Summit in Abu Dhabi, and a look at water issues/opportunities facing drought-ridden California.

The document features an interview with OCWD Director of Water Production/ Groundwater Replenishment System Mehul Patel in the portion that takes an in-depth look at California water scarcity issues. 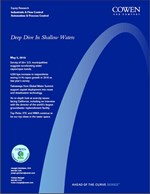 Cowen and Company, the authors of the report, specialize in the key areas of growth in our economy and provide industry research. 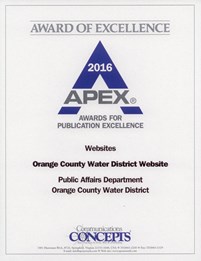 OCWD’s newly designed website recently won an APEX 2016 Award of Excellence. The Twenty Eighth Annual Awards for Publication Excellence (APEX) is a competition for communications professionals. OCWD’s Public Affairs Department was recognized for its work on the website and wishes to acknowledge web designers NetRelations and everyone who was involved in creating and implementing this successful website. Read More…

After more than a decade of effort, OCWD has reached important milestones on both the North Basin and the South Basin groundwater contamination areas.

On Wednesday June 15th, the OCWD Board of Directors authorized the District’s executive staff to finalize oversight agreements with the United State Environmental Protection Agency (EPA), the California Department of Toxic Substances Control Board (DTSC), and the Santa Ana Regional Water Quality Control Board (RWQCB). These agreements include descriptions of the sites and the scope of work for the next phase of Remedial Investigations and Feasibility Study (RI/FS) for both areas. The Board has also approved a voluntary agreement between the District and a potentially responsible party (PRP) to collaborate on the performance of the RI/FS. Read More…

As part of its standard to forge and maintain long-term, positive and proactive relationships with members of the local community and greater water industry and to be transparent about its operations and programs, OCWD board members and staff speak regularly before groups and at events. We participated in the following during May:

• Chief Hydrogeologist Roy Herndon chaired a meeting of the Orange County Well Standards Advisory Board (WSAB) whose members include representatives of the city of Santa Ana, Golden State Water Company, Orange County Public Works, and Gregg Drilling. The WSAB discussed matters including abandoned wells that constitute a nuisance and should be properly destroyed, incomplete destruction of monitoring wells, and proposed legislation to update the state well standards.

• Family for Health: How to be A Planet Protector! Children’s Water Education Festival by Elaine De Santos

• Money-MSN.com: Counties Most Battered by the Drought by Michael B. Sauter

Thank you to the more than 400 guests that toured OCWD’s facilities in May: 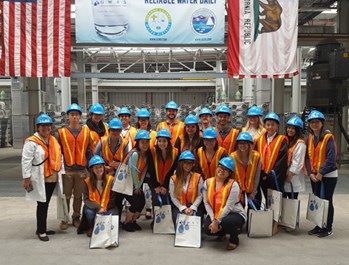