We're all part of the solution.

California suffered a very serious five-year drought (2012-2016 water years). In addition, the hottest recorded year on record in the state was 2014 and 2013 was the driest year. Many counties, including Orange County, were declared exceptional drought areas with widespread crop and pasture losses; widespread water shortages or restrictions; shortages of water in reservoirs, streams and wells creating water emergencies. On May 9, 2016, Governor Brown issued an executive order to establish long-term conservation measures including permanent water use standards and monthly water-use reporting

And, though the drought state of emergency was officially declared over in all but four counties on April 7, 2017, water reporting continues and new permanent standards are in place. The "new normal" in California is for citizens to continue using water supplies as efficiently as possible.

What is the Orange County Water District doing?

North and central Orange County have a valuable asset, a local groundwater basin managed by the Orange County Water District (OCWD; the District) that provides nearly 75 percent of the water supply for more than 2.5 million people. Knowing the likely occurrence of droughts in California, OCWD saves reserve funds to prepare for and respond to drought conditions.

During this past drought, the District spent $80 million over the past three years purchasing untreated imported water from the Metropolitan Water District of Southern California (MWD). The water was recharged into the groundwater basin which helped to partially refill the basin and offset the impacts of the drought. Although groundwater levels fell, they were still within normal historic operating range. In addition to saving for a not-so rainy day, continuous planning, designing, building, and operations of cost-effective water infrastructure projects have been core functions of OCWD since 1933.

OCWD invested $142 million to expand the Groundwater Replenishment System (GWRS), an award-winning water purification system that takes treated wastewater from the Orange County Sanitation District and purifies it to meet or exceed drinking water standards. The expansion, completed in June 2015, produces an additional 30 million gallons a day (MGD), taking the GWRS total production to 100 MGD. This is enough water to meet the combined water demands of the cities of Anaheim and Huntington Beach.

In addition to being reliable during drought, GWRS water is about half the cost of imported supplies and is controlled locally, saving cities in OCWD's service area millions of dollars annually. OCWD will continue to invest in water infrastructure and explore alternative water sources to ensure long-term water reliability.

What can residents do?

Listed below are the 19 local water retailers in north and central Orange County that are served by the Orange County Water District, and the 11 other agencies in south Orange County that provide water to homes and businesses throughout the county. Please contact your local retailer for specific information about rebates, water-use efficiency programs and enforcement of water conservation regulations approved by the State Water Resources Control Board that are in effect. Programs will vary from city to city.

To learn more about restrictions and fines in your city, click on the pertinent link below: 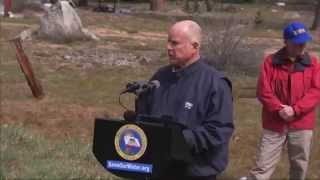 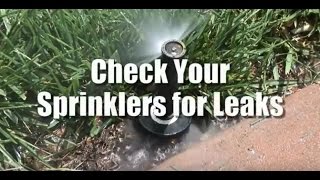