Before becoming an engineer, Nate previously worked as a heavy equipment operator and a BCV Supervisor for OCWD. 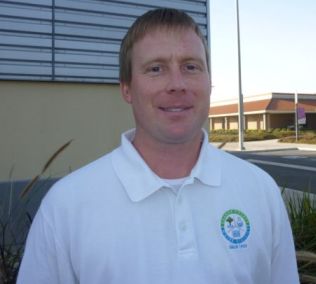 As the BCV Supervisor, and even now as an engineer, Nate has shown a high degree of initiative in his work performance. For example, while changing out a valve block, gear drive, pulling cable, or a host of other labor intensive repairs on the BCV, Nate was just as sweaty, dirty and tired as the rest of BCV crew. Nate was “in there” helping to get the job done. His actions set a very positive example to the BCV crew who contributed to keeping the BCVs on-line. When Nate left OCWD to further his studies and pursue an engineering degree at UC Berkley, everyone at Field Headquarters knew Nate would do great. Upon receiving his degree, Nate was hired as an engineer for OCWD. Everyone at Field Headquarters welcomed his return with open arms. As an engineer, Nate’s work ethic continues; his initiative and positive attitude about getting the job done was clearly visible as he helped with the flow monitoring berm project at Five Coves. Not only did he design and supervise the project, Nate was instrumental in getting the job completed by assisting with the making of the forms, tying the rebar, and sloshing around in the poured cement to get it formed and finished. In addition, Nate took the lead on some very critical projects that include the Imperial Rubber Dam, the Lakeview Transfer Structure, and the Kramer Phase II Piping. The latter project had one of the welders comment that he had gained a new respect for engineers as he worked side-by-side with Nate while working on the valve. Finally, it must be said Nate is quite a unique individual at OCWD. Not only can he engineer something for OCWD with his CAT key still on his key ring, he could probably build it as well. OCWD is grateful for Nate’s hard working, positive attitude!