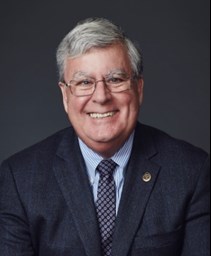 Michael (Mike) R. Markus is the general manager of the Orange County Water District (OCWD; the District), which manages the Orange County Groundwater Basin that supplies water to more than 2.5 million people in north and central Orange County, Calif. With more than 40 years of experience, Mike is well known for his expertise in large project implementation and water resource management. In September 2007, he became only the sixth general manager in the District’s history.

During his 33-year career at the District, Mike was responsible for managing the implementation of the $480 million Groundwater Replenishment System (GWRS) program. This program included a $35 million design effort and the construction of seven individual projects, which amounted to approximately $400 million. The largest of the projects was the $300 million, 70 million gallons per day (MGD), Advanced Water Purification Facility. This project is the largest potable reuse project in the world and has won many awards including the 2008 Stockholm Industry Water Award, 2009 ASCE Outstanding Civil Engineering Achievement Award, 2014 U.S. Water Prize and the 2014 Lee Kuan Yew Prize. In 2015, Mike oversaw the completion of the 30 MGD GWRS Initial Expansion. The expansion brought the total production capacity of the GWRS to 100 MGD of high-quality water, which is enough to serve 850,000 people annually.

Mike was named the 2017 Pioneer in Groundwater by the Environmental & Water Resources Institute, one of the Top 25 Industry Leaders of 2014 by Water & Wastewater International, he received the international 2009 Säid Khoury Award for Engineering Construction Excellence, the 2007 American Society of Civil Engineers’ Government Engineer of the Year award, and he was one of the Top 25 Newsmakers of 2007 by the Engineering News-Record.